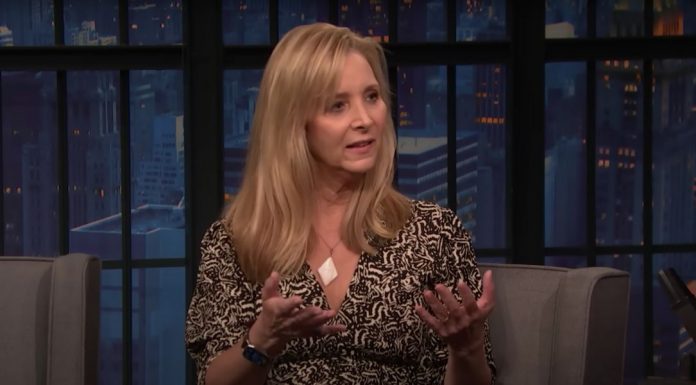 Yet people within the industry are still trying to be as politically correct as possible.

Now one television star slammed the show that made her famous for one eye-rolling reason.

The French Revolution, the Maoist Cultural Revolution, and other leftist mass psychoses are defined by their erasure of the past.

Everything that was “wrong” must be destroyed.

That’s why “woke” leftists of today routinely comb through history in search of things that offend them.

And liberal television shows from the 1990s and early aughts do not pass the social justice litmus test.

Friends has particularly faced scrutiny for being “racist” and “transphobic” among other offenses.

And Lisa Kudrow, who played new-age ditz Phoebe, seems to agree in part with the Gen Z slander aimed at the show.

During an interview with The Daily Beast, Kudrow was asked, “I know [Friends co-creator] Marta [Kauffman] recently made the news for donating $4 million to try to make up for the lack of diversity on the show. But how do you feel about the diversity on Friends?”

Kudrow responded, “Well, I feel like it was a show created by two people who went to Brandeis and wrote about their lives after college. And for shows especially, when it’s going to be a comedy that’s character-driven, you write what you know. They have no business writing stories about the experiences of being a person of color. I think at that time, the big problem that I was seeing was, ‘Where’s the apprenticeship?’”

Kudrow gave a reasonable answer, then at the end tagged the show for not having apprenticeships for diverse writers.

Perhaps the strangest aspect of the diversity, inclusivity, and equity cult is that every television show must be everything to everyone.

A sitcom about white yuppies in Manhattan is not going to be replete with storylines about race or other hot-button political issues.

Kauffman also bent the knee to the mob and apologized for alleged transphobia.

She explained, “We kept referring to [Helena] as ‘Chandler’s father,’ even though Chandler’s father was trans… Pronouns were not yet something that I understood, so we didn’t refer to that character as ‘she.’ That was a mistake.”

No show or movie will ever be “woke” enough for the cancel mob.

The radicals of tomorrow will find the most left-wing shows of today morally repugnant.