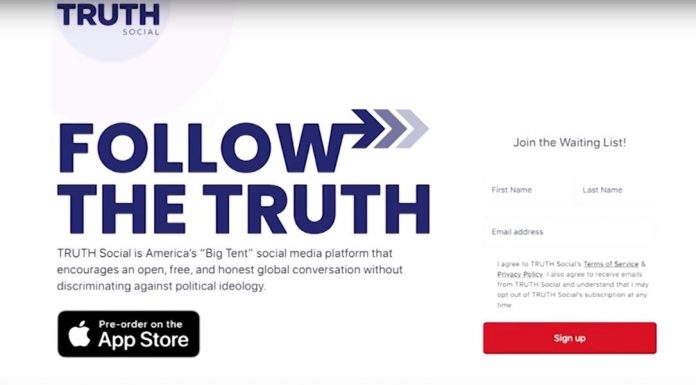 But they’re behind one of the biggest — and best — Big Tech upsets in years.

And Trump supporters who boycotted social media platforms have Democrats nervous because of this one development.

In fact, the response was so great that many users were placed on the new social network’s waitlist due to “massive demand.”

This news comes just over a year after most mainstream social media giants kicked Trump off their platforms permanently and many loyal Trump supporters either deleted their accounts or went silent on popular social media channels.

Ironically, the tech titan who started out with what basically amounted to one of the first tech bullying sites, “Hot or Not” isn’t looking so hot these days himself.

Tech industry writers have all kinds of theories about why the trillion-dollar company is floundering after it lost about half of its value in the process of trying to develop “Meta” — which means “beyond.”

All that investment has merely resulted in beyond awful stock performance with the company’s stock value tumbling by $332 billion on one day alone in February.

That incredible plummet marked the largest one-day drop for a company in history and with Zuckerberg losing $30 billion in personal wealth, he made it into the record books with the second largest personal wealth drop in a single day.

While tech writers speculate about the reasons for Zuckerberg’s sudden fall from being part of the 10 wealthiest billionaires in the world, the numbers speak for themselves.

Facebook’s daily average users dropped by about half a million in the late fall and winter of 2021.

While tech company executives like Zuckerberg like to act like they run the world, they are incredibly dependent on all of their users being willing to spend their time consuming content on a platform so the companies can make a killing on advertising.

Now they’re reaping what they’ve sown by alienating about half of the population of the United States.

If that huge chunk of the US population follows through on that plan, tech executives like Zuckerberg will continue to see their net worth numbers fall as a direct result of their disrespect toward conservatives.

Several months ago, leaked internal documents revealed Facebook is already predicting a 45% reduction in users by 2023.

On the other hand, new conservative player GETTR, founded by a former Trump staffer last year, already has 3 million total users and an average 400,000 daily users by the third quarter of 2021.

“Big Tech is censoring itself into irrelevance. It’s clear deplatforming President Trump was just the beginning in their war on free speech and now they’re coming for anyone who doesn’t conform to their worldview,” Miller told Market Watch in a statement.

Other social media alternatives favored by conservatives are also taking off.

Rumble skyrocketed from one million users in the summer of 2020 to 39 million active users in January 2022.

Rumble is set to deliver video and streaming for Trump’s Truth Social.

And while mainstream media outlets are busy making fun of Truth Social this week, they may have plenty of time to regret essentially mocking half of the US population in the months and years ahead as conservatives quietly take their business to companies that respect them.