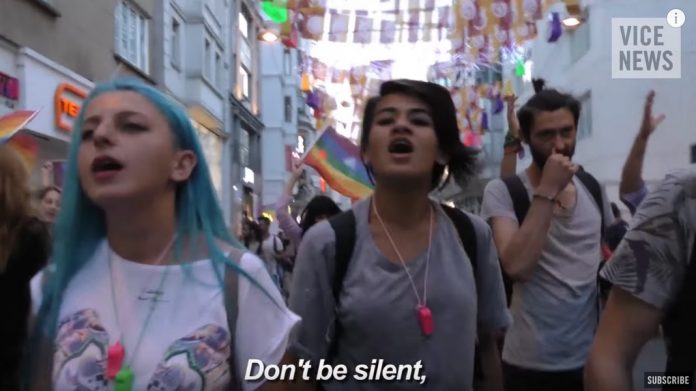 LGBT activists are losing all sense of reality.

They claim there are an infinite number of genders.

And their response to Donald Trump’s latest action shows just how unbalanced they truly are.

Recently, the Trump administration ordered the Department of Health and Human Services (HHS) to uphold basic tenets of biology by defining gender based on biological sex.

It is a fundamental truth that there are only two genders: male and female.

But LGBT radicals believe gender is a spectrum and people who believe there are only two genders are “backwards.”

According to a memo obtained by the New York Times, the Department of Health and Human Services is leading an effort to establish a legal definition of sex under Title IX, the federal law that prohibits gender-based discrimination. The department reportedly favors a uniform definition of sex as a fixed matter, determined as either male or female by genitalia at birth.

“The sex listed on a person’s birth certificate, as originally issued, shall constitute definitive proof of a person’s sex unless rebutted by reliable genetic evidence,” the memo says, according to the Times.

The White House’s new definition, if implemented, would mark a significant rollback of Obama-era policies that largely allowed people to choose how they identify rather than be determined by the sex assigned at birth…

Many pro-LGBT organizations have threatened to sue the Trump administration should the memo be implemented.

The Transgender Law Center tweeted that Trump is seeking to “erase” transgenders from existence.

We’ve always known this administration intends nothing short of the destruction of our communities. Here, written out plain, is their attempt to erase our very existence as transgender people. We #WontBeErased, we will fight back. https://t.co/R9F4UVW7Bk

And the National Center for Transgender Equality tweeted that trans people are “under direct attack.”

Make no mistake, trans people are under direct attack from the Trump Administration – but we #WontBeErased. We're here. You can't define us out of existence. Join us for a rally at the White House tomorrow: https://t.co/7I0r4XHt9M

But those are scare tactics designed to mobilize their radical base.

The Trump administration’s memo was written to make it easier for employees working in the HHS to treat people.

Leftists claim to believe in science.

Do you agree with the Trump administration’s proposal to define only two genders – male and female?

Tell us your opinion in the comments below.