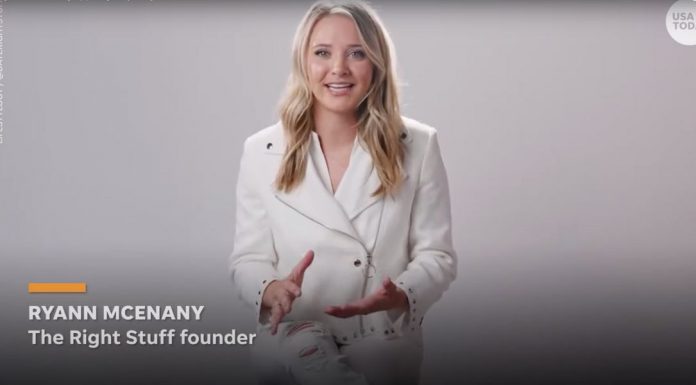 It is just about impossible to go onto the internet these days without being overwhelmed with all of the social justice warriors.

These woke mobsters typing away from their mother’s basement always lead with their pronouns.

But finally, there is a new dating app that is free of these purple haired social justice warriors.

The radical Left loves to stir up trouble on the internet because it is easy for them to do it from their parents’ basement without starting confrontation.

This is true for most social media platforms, and is especially true for dating platforms.

If you have downloaded one lately, then you know exactly how bad they have gotten.

Apps like Bumble and Tinder ask your vaccination status, mask preferences, pronouns, sexual preference (complete with a compendium of so called “genders” you have probably never even heard of) and more.

These woke restrictions make it just about impossible for conservative people to meet each other.

The good news is, a new Conservative dating app called “The Right Stuff” which is backed by Trump-supporting Silicon Valley investor Peter Thiel will be available in the very near future.

As you can see, Ryann is a total babe just like her older sister, which should draw some attention to the site. After all, who wouldn’t want to date one of the McEnany’s?

According to Ryann McEnany, “The Right Stuff is all about getting into the right dating pool with people who share the same values as you,”

She went on to say “We’re sorry that you’ve had to endure years of bad dates and wasted time with people who don’t see the world our way. The right way.”

The dating app market is very crowded, but there is plenty of room for an app like his one that targets young conservatives.

Apps like Tinder have made it clear that they do not care about these consumers, and given that half the country is conservative, there are plenty of potential customers.

It will be interesting to see if this app takes off, but “The Right Stuff” could not have picked a better spokesman.

More companies need to emerge in this space, as many young people are desperate for technology that aligns with their conservative worldview.

The longer major tech companies try and cater to woke social justice warriors, the more people they will continue to alienate and lose to sites such as the “Right Stuff”.