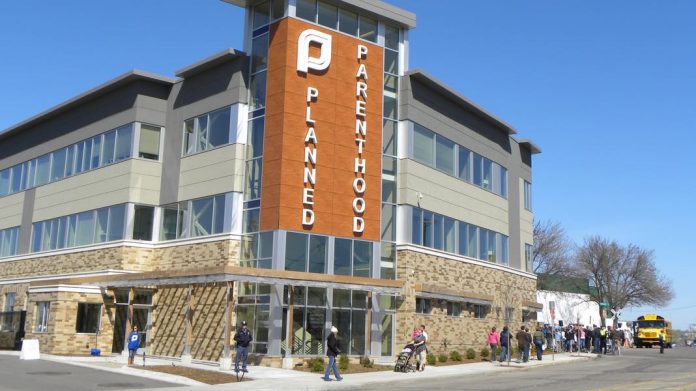 The number one cause of death in the world last year was abortion.

And the largest provider of abortion in America is Planned Parenthood.

Despite having the Roe v. Wade decision keeping abortion legal, the Left wants to go further.

But the Left wants to go further with the Equal Rights Amendment (ERA).

The ERA is claimed to “ensure equality for women,” but in reality would be used by abortion activists to remove all abortion restrictions up until the point of birth.

But Trump’s Justice Department just shot down their goal of passing the ERA by explaining they passed the deadline to ratify it.

A pro-abortion amendment to the U.S. Constitution cannot move forward, despite abortion activists’ attempts to revive it past the deadline, according to the U.S. Department of Justice.

The Equal Rights Amendment (ERA) technically would ensure equality for women through the U.S. Constitution. However, pro-life leaders long have warned that it would be used to end all abortion restrictions and allow unborn babies to be aborted for any reason up to birth.

U.S. Congress set a seven-year deadline for the ratification of the amendment, but it ended in 1982. Some pro-abortion lawmakers have ignored the deadline and passed the amendment anyway, including the Nevada legislature in 2017 and Illinois in 2018.

Virginia is expected to become the 38th and final state needed to ratify the ERA to the Constitution after pro-abortion Democrats gained control of the state legislature this month.

However, many have raised questions about if the states’ votes count after the deadline and if other states that voted to ratify but later to rescind their ratification also should be considered.

On Monday, the Justice Department basically settled the question.

“We conclude that Congress had the constitutional authority to impose a deadline on the ratification of the ERA and, because that deadline has expired, the ERA Resolution is no longer pending before the States,” it stated.

This is great news for pro-life Americans.

It means that they can stop being as defensive against this measure, and go on the offense to make actual wins, like reversing Roe v. Wade.

Reversing Roe v. Wade would finally make it possible for states to pass outright bans on abortion without the courts shutting them down.

Do you think abortion should be illegal?