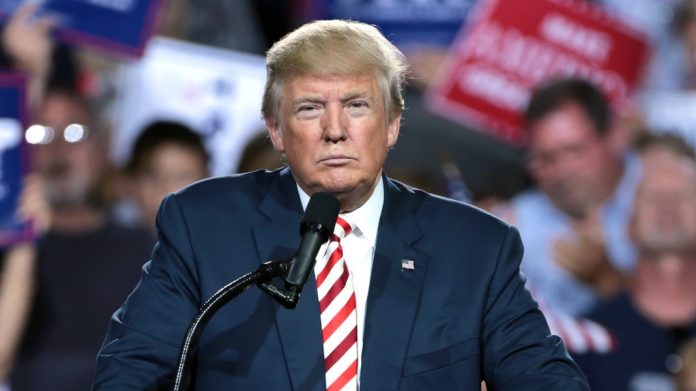 Even outside the White House, Trump wields a lot of power over the Republican Party.

He can destroy a Republican’s entire political career with only a few words.

And Trump just crushed a RINO Governor after he caved to the transgender lobby.

So-called “Republican” Governor of Arkansas Asa Hutchinson is in hot water after vetoing legislation that would prevent doctors from performing sex-reassignment surgery or cross-sex hormone treatments on minors.

It is a commonsense measure that any conservative would see as a no-brainer that is quite frankly shocking it is not already prohibited.

But Hutchinson claimed it went “too far” when he vetoed the law, which was quickly overridden by the Arkansas House and Senate.

There was immediate outrage, with Republicans speaking out against the Governor.

But the most powerful figure to speak out has been former President Donald Trump, who excoriated Governor Hutchinson in a statement.

“Asa Hutchinson, the lightweight RINO Governor of Arkansas, just vetoed a Bill that banned the CHEMICAL CASTRATION OF CHILDREN,” Trump declared. “‘Bye-bye Asa,’ that’s the end of him! Fortunately for the Great State of Arkansas, Sarah Huckabee Sanders will do a fantastic job as your next Governor!”

Huckabee Sanders announced her candidacy for Governor of Arkansas in January.

She was perhaps the most popular of Trump’s White House Press Secretaries, already making her immensely popular in the Republican Party.

But now that Hutchinson has betrayed his voters in such a despicable way, Huckabee Sanders gained a huge boost.

Hutchinson is not the only Governor recently to cave to the transgender lobby.

Despite previously stating she would sign the bill, she backed out at the last minute after facing pressure from left-wing interest groups.

Both Hutchinson and Noem are going to have a hard time come election season, with the voters of each of their states being very conservative.

Hutchinson in particular will have an up-hill battle with Huckabee Sanders and have massive support among Trump supporters.

Not to mention the fact that her father, Mike Huckabee, served as a very popular Governor in the state previously.

Trump will certainly pull out all the stops to support Huckabee Sanders, who has long been among the most loyal Trump appointees.