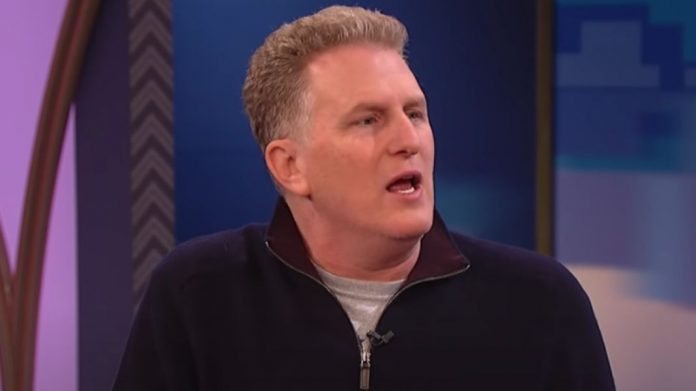 Hollywood’s disdain for Donald Trump has only grown over the past four years.

And the 2020 election caused their temper tantrums to get even worse.

But one Trump-hating actor said something about the election that shocked everyone.

Michael Rapaport has been one of the most vulgar critics of Donald Trump and his family.

He’s taken disgusting shots at Trump, his wife, and his kids.

But Rapaport shockingly made a valid point about the 2020 election.

In a video he posted to Twitter, Rapaport said:

“[I]f you think the simple reason why they’re voting for Donald Trump is because they’re racist, or they support racists, or they’re okay with racism, you’re a dumb f***. Stop generalizing people . . .”

Rapaport posted the video after Election Night, so he surely saw the exit polls that showed Trump increased his black, latino, and Asian support significantly.

Black male support for Trump increased from 13% to 18%, and black female support doubled from 4% to 8%.

And Cubans in Florida voted for Trump at 55%.

That throws a wrench in the leftist narrative that the entire country is a white supremacist patriarchy.

But that didn’t stop leftists from holding on to the absurd narrative.

Nikole Hannah-Jones, the unhinged radical leftist who won a Pulitzer Prize for the ahistorical 1619 Project, wrote, “Whiteness is not static and is expandable when necessary. A lot of folks we don’t think of as white think of themselves as white because the lines have never been entirely clear. That’s the beauty of white supremacy. It is extremely adaptable.”

This utter nonsense springs from the Marxist ideology of critical race theory, which divides society into the white oppressor class and the nonwhite oppressed class.

So blacks, latinos, and Asians who aren’t “woke” leftists must therefore forfeit their nonwhite status.

The fact that this garbage has spread so far and wide is precisely why people rejected it at the ballot box.

Rapaport called that out in his video when he said people voting for Trump wasn’t that simple.

But it is that simple for the woke mob.

They’ve figured out the “perfect” worldview, and everything fits neatly into it.