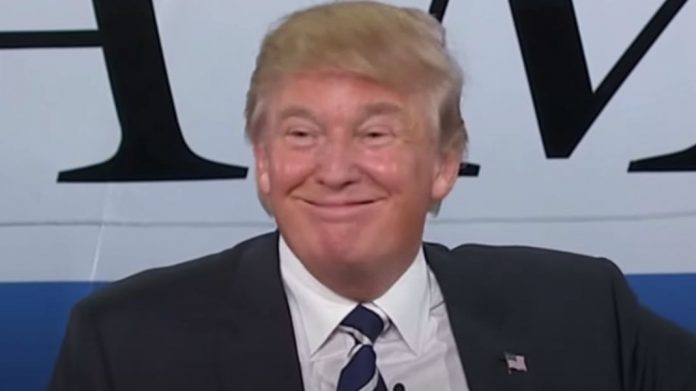 The Fake News Media constantly jumps at the opportunity to report on polls that look bad for President Trump.

But now they are refusing to show this poll about American’s views on confirming a new Supreme Court Justice.

And President Trump grinned from ear to ear when he saw the results of this poll and you won’t want to miss it.

Throughout this election cycle, the Fake News Media has bombarded their viewers with daily polls showing President Trump trailing behind Joe Biden.

These handpicked polls are supposed to put fear in Trump’s base and bolster Biden’s chances.

And now that there is a Supreme Court vacancy with the passing of Justice Ruth Bader Ginsburg, the Fake News Media is trying to scare Republicans into leaving the seat vacant for the next President to fill.

Democrats and their pals in the Fake News Media keep claiming that the American people want the new Justice to be picked by the next President.

A poll taken just days before Ruth Bader Ginsburg’s death shows that the majority of Americans support filling a Supreme Court vacancy during an election year.

The poll done by Marquette University showed that 67% of those polled want a Supreme Court vacancy to be filled during an election year.

Along party lines the poll found that 68% of Republicans, 63% of Democrats, and 71% of Independents said they support holding hearings during an election year to fill the vacancy.

Another important result of the poll shows that the majority of Republicans and Independents don’t support the Democrats’ plan to pack the Supreme Court with new Justices.

Ultimately, 65% of Republicans and 58% of Independents “oppose” or “strongly oppose” packing the Supreme Court.

But you won’t see these poll numbers on any fake news channel.

They want you and Republicans to believe that they will pay on election day if they fill the Supreme Court’s vacancy.