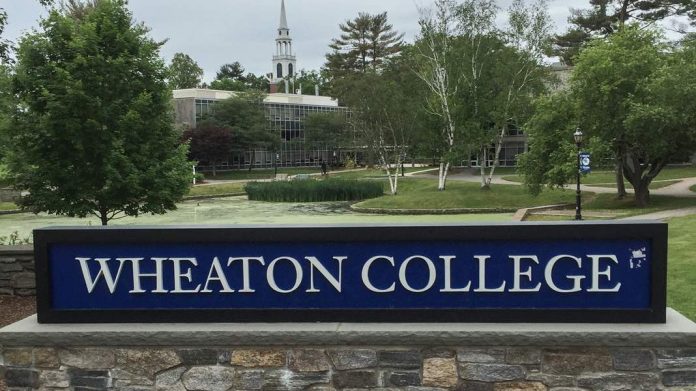 Pro-lifers are always under attack for simply sharing the plain truth about abortion.

And the radical Social Justice Warriors will do anything to silence pro-lifers completely.

But these Black Lives Matter activists just crossed the line with their outrageous smear against a pro-life speaker.

At Wheaton College in Illinois, the college Republicans invited African American pro-life advocate Ryan Bomberger to speak at an even called “Black Lives Matter, In and Outside the Womb.”

Students then complained that he made them feel “unsafe” and “unheard.”

And the school administration also condemned his visit entirely.

Students at Wheaton College allege that an African American pro-life activist made them feel “unsafe” and “unheard” as he addressed racial justice and abortion during a campus forum.

Ryan Bomberger was invited by Wheaton College Republicans to speak at a campus-event called “Black Lives Matter, In and Outside the Womb.”

During the 50-minute presentation, Bomberger spoke about the impact abortions have on the black community. … Afterwards there was a 30-minute Q&A where students had the opportunity to ask questions. Bomberger also stayed after to answer additional questions.

Six days after the forum, Bomberger was criticized in an open letter by Student Body President Lauren Rowley, Student Body Vice President Tyler Waaler and EVP of Community Diversity Sammie Shields. In the letter to the university, they denounced Bomberger’s visit saying:

“The speaker…made several comments at the event that deeply troubled members of our community. His comments, surrounding the topic of race, made many students, staff, and faculty of color feel unheard, underrepresented, and unsafe on our campus.”

They also said it was necessary to respond to the offensive rhetoric, but they didn’t quote any specific comments they disliked. And Bomberger points out the letter writers did not name the special interest group that invited him nor his racial background.

Bomberger simply exposed the Left’s hypocrisy in failing to defend the African American community inside the womb just the same as outside.

He also pointed out that Planned Parenthood originated as a plot from Democrats in the early 20th century from racists like Margaret Sanger.

But of course, the Leftists won’t accept the truth.

It’s easier to smear pro-lifers as hateful, bigoted, sexist and racist than to have an honest debate because they know they can’t win.

Colleges and Universities are supposed to be on the frontlines of intellectual, fervent debate.

But those debates can’t happen when snowflake students and school administrators won’t tolerate any opinions outside of their radical leftist worldview.

Do you think Wheaton College should issue an apology to Bomberger? Let us know what you think in the comments below.