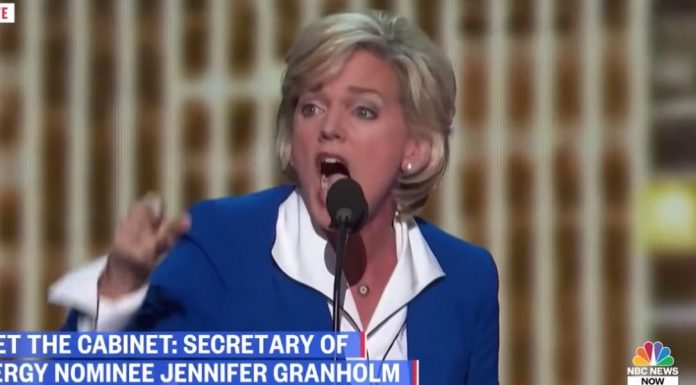 The Biden Administration made it crystal clear yet again that they could care less what you think.

It isn’t their problem but yours, if you can barely afford to survive with the dramatic price increases at the pump.

And the latest slap in the face from a top Biden administration official to Americans feeling pain at the pumps will have you red with rage.

If you can’t figure out what the hell Biden and his administration are trying to say, don’t worry you aren’t the only one.

A very confused Joe Biden gets lost reading his own notes, mumbles incoherently & makes a fool of himself. pic.twitter.com/8XWhHO0DxA

There are a lot of dumb leftists in this country.

But could all of them really trust what looks like a dementia patient with a weird obsession with being creepy around kids and pudding pops in the Oval Office.

Joe Biden is a creep!

He looks at younger girls, points to them, and says something to the effect of: “I want to see them dancing when their 4 years older too.”

You should definitely hide your kids and then hide your wife before he sniffs her next! pic.twitter.com/GClImrBNrW

But with all the incoherent messaging from Biden and his team, one thing is clear – they could care less about your concerns.

And this story is just another example to prove this fact.

If you haven’t noticed yet, the prices at the pump are so high you will probably need to take out a mortgage soon just to pay for gas.

But the record breaking prices at the pump don’t seem to be a concern for Biden’s Secretary of Energy.

While on Bloomberg News, Secretary of Energy Jennifer Granholm was asked if there were plans to lower the price of gas through more domestic oil production.

Granholm started to laugh out loud and claimed, “That is hilarious. Would that I had the magic wand on this. As you know, of course, oil is a global market. It is controlled by a cartel. That cartel is called OPEC.”

It’s not a laughing matter when literally half of oil rigs in the United States are not in operation when they would drastically help lower prices that Americans are struggling with.