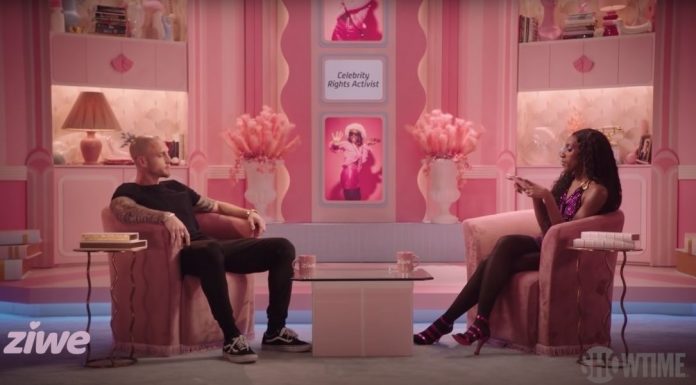 Anybody who does not parrot leftist talking points could be “canceled” at any moment.

Tom Hanks’ son Chet really gets under the skin of leftists.

First, he’s a rapper, so some insufferable people on the Left accuse him of cultural appropriation for that reason alone.

Then Hanks used a Jamaican patois accent outside of an awards show, which only intensified the calls of cultural appropriation.

American entertainer, Chet Hanks, welcomes viewers to the 2020 Golden Globes yesterday, in patois. In November last year, the Jamaican Language Unit of @UWImona ramped up its advocacy for Patois to be made an official language by launching a petition on the website of the OPM. pic.twitter.com/jSLSW4Kl4O

But Hanks really set off the Left when he said that social justice warriors could “kick rocks.”

In an interview with progressive comedian and podcaster Ziwe Fumudoh, he refused to apologize for his “cultural appropriation.”

Ziwe asked, “Are there any marginalized communities you want to apologize to? I don’t know, maybe the Patois community?”

Ziwe continued, “You don’t see it as cultural appropriation? You see it as a celebration of culture?” to which Hanks responded, “Mm-hmm.”

i asked chet hanks if he wanted to apologize to any marginalized communities pic.twitter.com/EEzD9VrtNs

Hanks also angered the Left when he unleashed on the COVID regime and lockdowns.

There could be a cultural shift afoot.

More people are realizing that the best way to handle the “woke” mob is to hold firm and never apologize if they didn’t do anything wrong.

Commentators on the video supported Hanks and posted messages such as:

—This is really how simple it is. Maintain your composure, don’t get emotionally involved, and speak firmly and calmly. It’s basically the same template for dealing with a toddler or a puppy when you’re trying to house train them.

—He just laid the blueprint for how celebrities should react to wokeness.

Even Ziwe’s own crew were amused by his answers, laughing off camera.

She said in an interview, “[The video] doesn’t even capture how the crew turned on me in favor of Chet Hanks… It was beyond anything you could have imagined, honestly.”

The Left’s ideas are insane.

They shouldn’t be given legitimacy that they do not deserve.

The more people stand up to the mob, the less powerful the mob will be.

Hopefully others in the entertainment sphere will take a few pointers from Hanks.