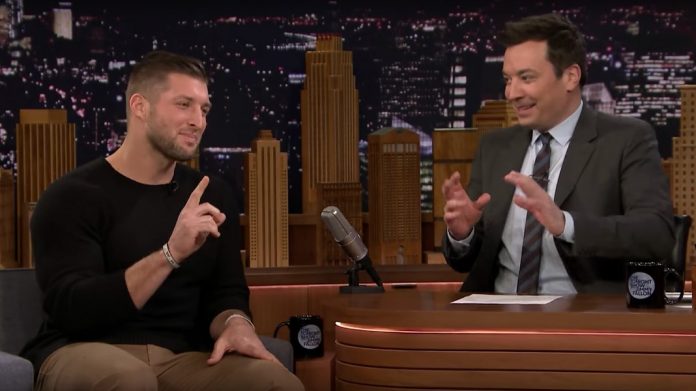 Tim Tebow is a constant target for Leftists.

They can’t stand the fact that he’s unabashedly Christian.

Now, Leftists are ripping him for what he said about collegiate sports.

For years, a debate has raged on as to whether or not college athletes should get paid for playing in their respective sport.

Those sympathetic to the pay-for-play argument believe players should be given the option to capitalize off marketing and advertising opportunities.

However, people on the other side of the debate point out the Pandora’s box that will be opened if college players are paid.

Tim Tebow passionately pointed out the problems, highlighting how it enforces our pervasive “me first” culture.

Tim Tebow did not hold back when sharing his thoughts on student athletes getting paid pic.twitter.com/z0Hx9ycLpS

This predictably angered liberals, many of whom never liked Tebow.

His comments were called out-of-touch, and he was branded with one of the Left’s most serious labels: “privileged.”

If we could turn the calendar back to 2008 and tell Tim Tebow that winning the Heisman Trophy would give him the opportunity to put $2 million in his bank account as a spokesman for Nike, McDonald’s and American Express, he apparently not only would have turned it all down but would have considered it an affront to the college experience that he remembers as so pure and innocent.

Give Tebow credit for this: He can sell college athletics’ schmaltz with the best of them, no matter how hollow the sentiment really is.

Look, it’s is easy to understand how someone like Tebow — whose popularity has endured well beyond his relevance as an athlete and who has been privileged in ways most of the people he played football with never were — sees college football as a citadel of chastity in a materialistic world.

What people like this “reporter” don’t understand is that college athletics isn’t solely about money.

Tebow talked about the tradition and pageantry that makes the game special.

Beyond that, many college players are already getting paid with free tuition and room and board, which is nothing to sneeze at, as evidenced by the rising student debt crisis.

On top of all that, they get the chance to essentially build a résumé for the pros and establish connections that will last them beyond college.

For speaking these truths, liberals dismiss Tebow as “privileged.”

Does Tim Tebow have a point about selfish culture poisoning sports?