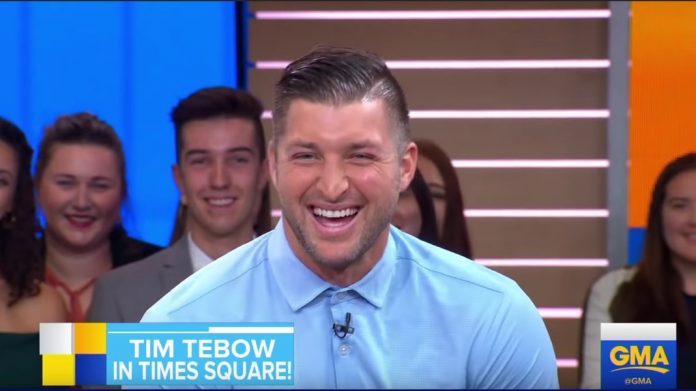 Tim Tebow is proof a person can be a Christian and unashamed.

He started his career in football but has branched into baseball and Hollywood.

But his next career move will leave you ecstatic.

The show centers around a physically challenging obstacle course which contestants attempt to complete for a 1 million dollar prize.

Matt “Money” Smith and Maria Taylor will join Tebow as sports commentators in the 10-episode high-stakes physical competition series where contestants will have the chance to win $1 million every time they run the Million Dollar Mile. Standing in their way is the most challenging course ever designed and a group of elite athletes with one mission – to stop the contestants from winning the money at all costs. The series is in production in Los Angeles for broadcast on the CBS Television Network.

“Watching good people compete at their highest ability is always inspirational to me,” said Tebow. “Million Dollar Mile is a show that does just that – it motivates, thrills and is aspirational, and I’m excited to be hosting this show.”

CBS inking Tim Tebow shows how popular he is with the general public.

As we previously reported, Tim Tebow partnered with Roadside Attractions to release the film Run The Race which he produced with his brother, Robby.

He is beloved by Americans because he is unafraid to stand up for what he believes in while being respectful and courteous to everyone.

CBS has not yet released a premiere date for Million Dollar Mile but the series is currently in production in Los Angeles.

We will keep you up-to-date on any new developments in this ongoing story.