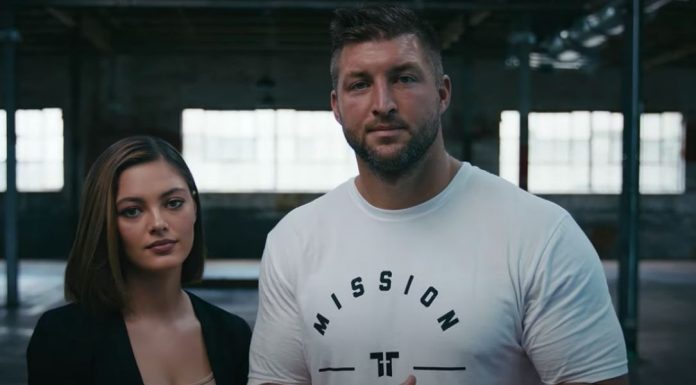 The scourge of slavery and human trafficking is, unfortunately, something that continues around the world today.

And it remains shocking that it has not come to the forefront of both politics and culture.

But now Tim Tebow is hoping to change that, and he even celebrated his birthday by taking the field to fight human trafficking.

Tim Tebow is a well-known and widely respected athlete.

He led the University of Florida to two national championships and won the Heisman Trophy in 2007 as the first sophomore ever to win the coveted award.

While his professional football career didn’t work out, he has played baseball at the professional level and has become a well-known public personality.

He is a devout Christian who has dedicated his life to helping others.

And now he is taking one of his fights to help others public.  And in a big way.

It turns out, Tim Tebow and his family have been quietly fighting human trafficking for years.

As he said in an opinion piece for Fox News, “Human trafficking is intolerable – It’s time to say, ‘Not On Our Watch.’”

Tebow went on to share a very personal, and disturbing story.

“I’ll never forget the day my dad called me from overseas and told me he had just purchased four young girls.

“People buy groceries. Shoes. Annual passes to Disney World. They don’t buy other people. But I had heard him correctly. My dad had opened up his wallet and bought as many girls as he could with the cash he had on hand.”

Tebow went on to talk about how they had built housing for these girls and provided them with necessities, education, and help adjusting to their new, free lives.

And he went on to explain how the Tim Tebow Foundation stepped up and started helping save people from human trafficking and slavery behind the scenes.

All done quietly, without fanfare or publicity.

But now Tim Tebow has decided it is time to take this fight public and expand the efforts to end the scourge of human trafficking around the world – including right here in the U.S.

As Tebow stated, “That’s why I am so incredibly excited to go public with my foundation’s latest initiative. TTF has been actively fighting against human trafficking since 2013. For the safety and security of both the victims and the rescue organizations operating on the ground, we’ve kept our involvement completely under the radar.”

“But I can’t help but feel that we are at a point in history – a point just like the one my dad faced years ago — where we cannot stand silently and passively watch as evil rages on,” Tebow continued.

The very sad fact is that every two minutes a human being is being bought or sold.

And shockingly, the U.S. leads the world in the consumption of slaves, and human trafficking has been reported in all 50 states.

Sadly, one in four people in slavery are children.

And unfortunately, too many politicians and activists in the U.S. are focused on the past rather than working to end slavery today.

That’s why the Tim Tebow Foundation is launching this very public and especially important work.

Following is a video explaining the effort and letting you know what you can do to help.

The editors here at Culture Watch News are committed to helping end the scourge of human trafficking and urge you to watch Tim’s video and get involved by sharing this story with others.