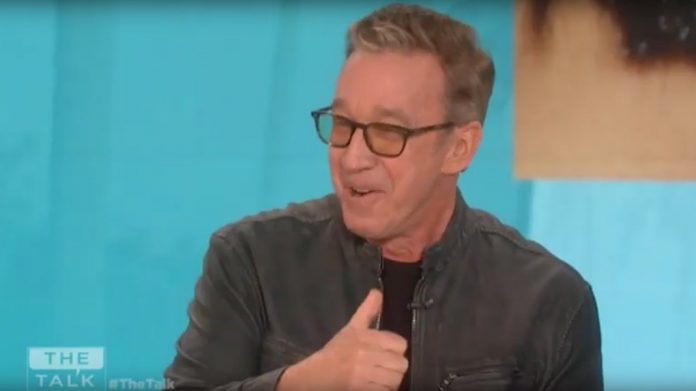 The Left is doing everything they can to throw Tim Allen’s career under the bus.

Tim Allen is not afraid to express his Christian and conservative values on television, and Hollywood despises him for it.

“Last Man Standing” has been in a long and nasty fight with television networks.

After Trump’s election, ABC cancelled the show in early-2017 because it didn’t fit their agenda.

That’s when Fox picked up the show and liberals lost their minds.

And after being recently acquired by Disney, it was unclear if Fox would renew the show.

But Fox just announced their decision and it has Hollywood Leftists up in arms.

“Hard to believe Last Man Standing hits 150 episodes this week, and it gets better with another upcoming season at Fox,” Tim Allen said in a statement, according to The Hollywood Reporter. “Great news for all of us who are creating these stories and working our pants off to make you all laugh. It’s another big high five to the legions of loyal fans who have faithfully kept us front and center and huge on the radar.”…

The show, which depicts Tim Allen as a conservative family man Mike Baxter, was cancelled by ABC in 2017.

As Breitbart News reported at the time, “The show was one of the few (if not the only) broadcast network sitcom to appeal to conservative, blue-collar America, a true oddity since Allen has noted in interviews that the program was written by liberal writers.”

While Allen is a long-time conservative Christian, he’s never been more outspoken than he is now.

“Last Man Standing” is the most mainstream sitcom out there espousing Christian conservative values.

Many feel the renewal of the sitcom is a major victory for both Tim Allen and Christians.

What are your thoughts? Will you be watching?