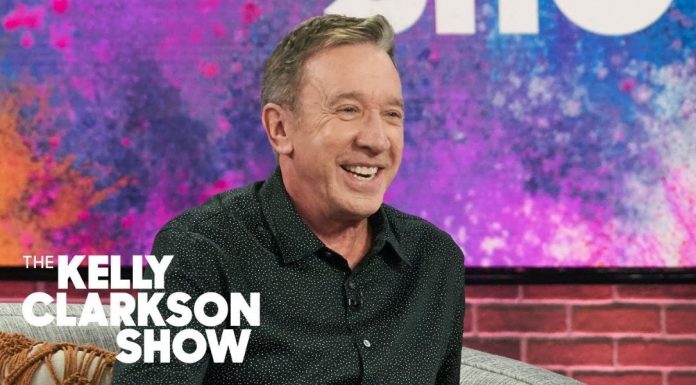 Tim Allen is one of the only A-list comedians in America that is also a devoted Conservative.

And the star of classic family TV comedies Last Man Standing and Home Improvement proved just how good he is when he put up this epic tweet.

Because Tim Allen has leftists completely losing it after he shamed Hunter Biden with one hilarious comment on the Left losing Twitter.

One of the most profound mysteries of our society is how the big names in comedy became nothing more than woke leftist mouth pieces.

It is just ass-backwards that those making a living making people uncomfortable with speech would like to support ideas that boil down to the censorship of contradicting viewpoints.

After being a vocal critic of former Pres. Trump, @georgelopez tells us it’s “refreshing to have a new administration” and shares his story of meeting Vice Pres. Kamala Harris with her mother backstage at one of his shows where they talked until the early morning. pic.twitter.com/p0OhBlidgb

But thankfully we have comedians with the American frame of mind still like Tim Allen who actually support middle America and its ideals.

Tim Allen has made a career being the Conservative comedian on shows like Last Man Standing.

And throughout his career he has been pissing off woke leftists on a regular basis.

Well of all the things Tim Allen has done, this is probably putting many leftists over the edge.

The Left is freaking out after it was announced that Elon Musk would become the private owner of Twitter.

And just to rub it in, Tim Allen decided to tweet on the takeover by Elon Musk.

The little twitter bird has a new owner. Wonder how long it will take for the new shadow ban council to prevent me from saying stuff like: Hunter Biden laptop. Or even more provocative: Tesla in-car fart app? (Love it when driving my Mom.)

The little twitter bird has a new owner. Wonder how long it will take for the new shadow ban council to prevent me from saying stuff like: Hunter Biden laptop. Or even more provocative: Tesla in-car fart app? (Love it when driving my Mom.)

Not only did he put some leftists in therapy by mentioning that change in leadership at Twitter but he took it a step further to tweet about Hunter Biden’s “hard drive from hell” which has gotten others banned in the past.