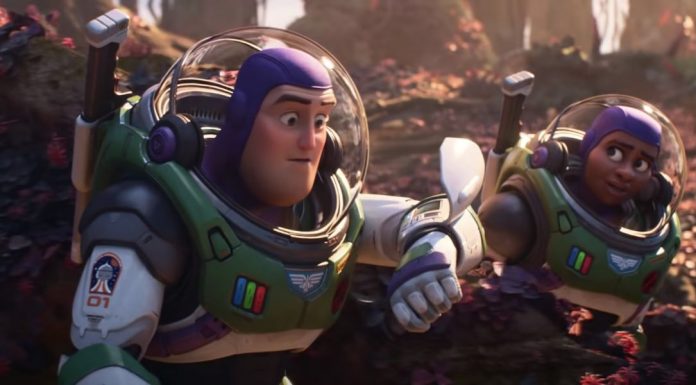 Disney has been suffering massive losses lately over their obsession with pushing wokeism.

But Disney’s latest blunder of kicking Tim Allen off the set of their Buzz Lightyear franchise made countless fans fume.

Tim Allen finally broke his silence on the new Lightyear movie and he didn’t hold back any punches.

Few companies out there exemplified more of the American spirit than Disney used to.

People across the world would associate Disney characters like Mickey Mouse with the United States.

And Disney World was a sight to behold.

But like most other things in our society, Disney went down the crapper.

They have fully embraced the Left’s radical agenda.

Just over the past year alone, Disney has gone hard, hard Left as it put the drag queen and LGBT agenda right in our children’s faces.

And one among the many slaps in the face Disney has delivered to the American people in recent years is proving to really sting.

That is the company’s decision to not only put a homosexual kiss scene in the latest film in their Buzz Lightyear Toy Story spinoff franchise but also remove Tim Allen from his previous role as Buzz Lightyear in the new movie Lightyear.

Lightyear portrays the origins of the title character Tim made famous — Buzz Lightyear.

Anyone in their right mind would have had Tim in this movie.

To infinity and … 🚀 Experience the origin story of a Space Ranger in @Pixar’s #Lightyear, in theaters Summer 2022. 💫 pic.twitter.com/PxW6SUcfj4

But Disney executives have proven they aren’t in their right mind over and over in recent years.

They gave the middle finger to Tim and his fans and as a result the movie has been a box office flop.

After waiting months for a response, Tim Allen has finally broken his silence.

In a recent interview, Tim claimed, “It’s a wonderful story, it just doesn’t seem to have any connection to the toy. It has no relationship to Buzz.”

“There’s really no Toy Story Buzz without Woody,” Tim said. "It's a wonderful story. It just doesn’t seem to have any connection to the toy.” pic.twitter.com/MlBCby7X0C

The conservative actor continued, “We talked about this many years ago… but the brass that did the first four movies is not this. It’s a whole new team that really had nothing to do with the first movies.”

But Tim certainly has a reason to be pissed about the situation as he refuses to support the film and thus far movie goers haven’t either.