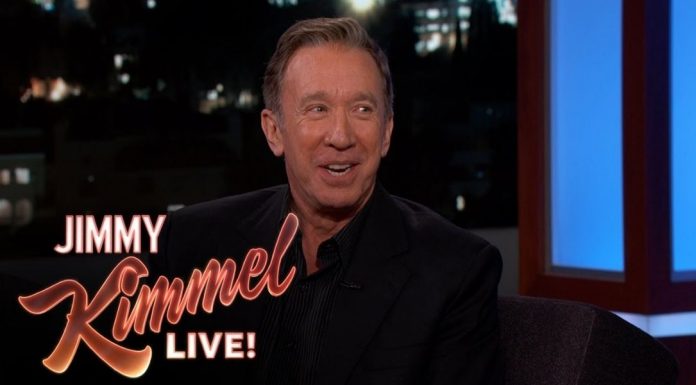 Tim Allen is one of the few unabashed conservatives in Hollywood.

The industry has become increasingly hostile toward people who aren’t on board with left-wing orthodoxy.

And Allen drove leftists absolutely mad with this one Tweet.

The Democrats have become unbelievably radical over the past few years.

Affable Hollywood personalities have exposed themselves as deranged leftists in the Donald Trump era.

That’s why common sense has become so refreshing, but so widely discouraged by the Left.

And actor Tim Allen poked the bear with one hilarious tweet:

Allen’s Tweet was quoting Karl Marx, the godfather of arguably the worst ideology ever created.

First, it’s chilling how many of Marx’s proposals have been accomplished by Democrats, and they’re pushing even harder to fulfill all of them.

Proposals like estate taxes and wealth taxes chip away at inheritances, and New York mayor Bill de Blasio said he would do away with private property altogether if he had his druthers.

But perhaps the more insightful element of Allen’s Tweet was when he said he’d finally found an “honest progressive.”

Radicals have been hiding in plain sight for years.

Many of the radicals of the 1960s and 1970s didn’t repudiate their beliefs; they just seamlessly merged into mainstream Democrat politics.

Leftists today are still dishonest about their radicalism.

For example, the Black Lives Matter movement has gained mainstream acceptance even though it’s a Marxist organization that wants to dismantle the nuclear family, a goal that was scrubbed from the group’s website.

Tearing apart the family has long been a radical Left goal.

There are reams of leftist literature discussing exactly that.

But perhaps even more concerning are the radical policies promoted by mainstream Democrat politicians.

During the primaries, every Democrat on the debate stage advocated for the decriminalization of border crossings and universal healthcare for illegal aliens.

That doesn’t even mention the party’s embrace of inane proposals like the Green New Deal.

Hollywood needs more voices of reason like Allen because entertainment media will continue to be used as a bullhorn for the Left’s radical agenda.