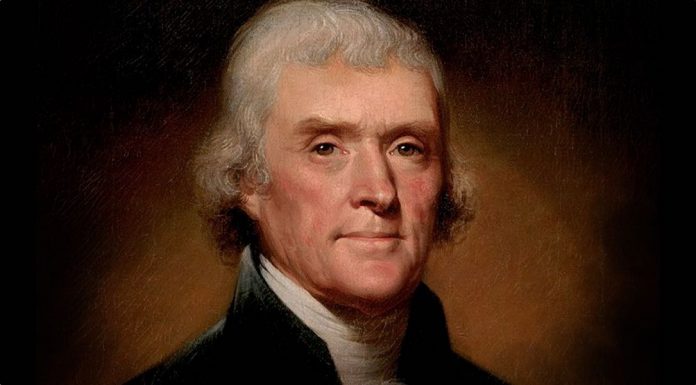 In a race to the bottom, activists are showing their own bias against minorities.

And Thomas Jefferson is now the latest flash point in Democrats’ “woke” war.

Rather than discover more gifted kids born in poor or minority homes, woke “educators” double down on making sure no child is encouraged to think.

Instead of inspiring the next generation, all too many supposedly educated elites are tripping over themselves apologizing for their privilege and destroying the best opportunity many black kids have available.

It started with liberal white people the world over questioning whether they should read their children bedtime stories for fear their own children would have an unfair advantage over children in homes where parents couldn’t or wouldn’t read to them.

Instead of doing the obvious right thing and finding children who need someone to spend time reading to them, a growing number of “woke” activists have followed that line of reasoning to its most illogical conclusion.

In a mindless drive for “equity” schools across the nation are eliminating gifted programs—a move likely to backfire in a big way.

These are the types of numbers that infuriate liberals.

Yet, breaking things, especially in a fit of temper, rarely ever makes life better.

Tossing all the gifted students into the general population might make the stats look a bit more “equitable” in the short term, but it means, in the case of Thomas Jefferson High, the minority students who made up 30.8% of the gifted population no longer have extra support.

If their white peers are, as is typically assumed, from more affluent families, none of those advantages will disappear simply because the gifted program went away.

The gap will likely even grow as parents who can afford to pay for supplemental activities out of pocket when the school programs end.

And how about the poor average minority kids who never got into the gifted program in the first place? Well, now they just get to see a bigger gap between themselves and the head of the class.

That’s why educational experts Joseph Renzulli and Sally Reis are proponents of diversifying gifted programs, not cutting them entirely.

They told NBC News, “they believe it’s unreasonable to expect one teacher to teach students at all levels effectively together. ‘A lot of lower-achieving kids feel even worse about themselves when they’re forced to be in classrooms where the content is consistently above their level,’ while the learning needs of higher performing students are regularly ignored, Reis said.”

Of course, some exceptional teachers can take a class and draw out the best in every single student.

But the great teachers don’t accomplish that by looking over their students’ demographics and making sure those who were born lucky don’t perform at an overly high level.

Instead, they accomplish it by looking a child in the eye and trusting that this individual person has potential to leave his or her unique mark on the world.

They do it through inspiration and by developing a genuine relationship with each child.

The biggest problem with “woke” educational theory rests in the attitude that a handful of intellectuals should have the power to engineer the minds, hearts, and ambitions of all children.

If they truly believe some children have been born captives of an oppressive history, it still doesn’t make any sense to bind all their peers along with them—and call it freedom.