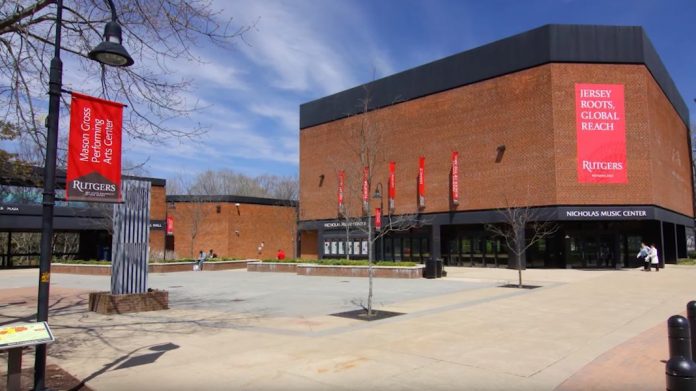 Segregation between the vaccinated and unvaccinated has begun.

Biden and his loyalists are quickly making life increasingly difficult for the unvaccinated.

And now this well-known university has gone so far as to ban unvaccinated students from online classes.

Colleges all over the country are back for the new school year albeit with massive new restrictions on who is allowed on campus under the guise of health regulations.

Many universities are mandating COVID vaccinations for students and staff.

There are students standing up to the regulations.

But many who don’t wish or can’t get the coronavirus shot for legitimate health reasons are choosing not to attend in-person in order to skirt the mandate.

But this one university has decided vaccines are mandatory for all students regardless of their location or how they’re attending class.

Rutgers University barred a New Jersey student from taking classes online because he has not been vaccinated even though he is not attending a physical classroom.

Logan Hollar, says he ignored Rutgers’ vaccine mandate because he was taking all of his classes remotely from his home, which is about 70 miles from Rutgers’ campus.

Hollar says he was shocked when he went to pay his tuition and was locked out of his account.

After some poking around he finally found out that the lockout was because he hadn’t been vaccinated even though he never intended to take in-person classes.

Rutgers has told Hollar that it could be weeks before a decision is reached on his application for an exemption to the vaccine mandate – classes began September 1 and he has yet to be allowed to participate.

“I’ll probably have to transfer to a different university,” Hollar told NJ.com, saying he knows of at least one other student in the same position.

“I find it concerning for the vaccine to be pushed by the university rather than my doctor,” he told the outlet.

Hollar’s stepfather, Keith Williams – who is vaccinated – is totally “dumbfounded” at Rutgers’ stance.

“I believe in science, I believe in vaccines, but I am highly confident that COVID-19 and variants do not travel through computer monitors by taking online classes,” Williams said.

Hollar made a decision to remove himself from the campus so he didn’t have to be vaccinated, but Rutgers doesn’t appear to acknowledge his personal freedoms.

This is just another example of the Left trying to control people’s every move and every decision.

No doubt they will continue to make it more and more difficult for the unvaccinated in hopes of finally forcing every American to get the jab unless more Americans stand up to this draconian nonsense.