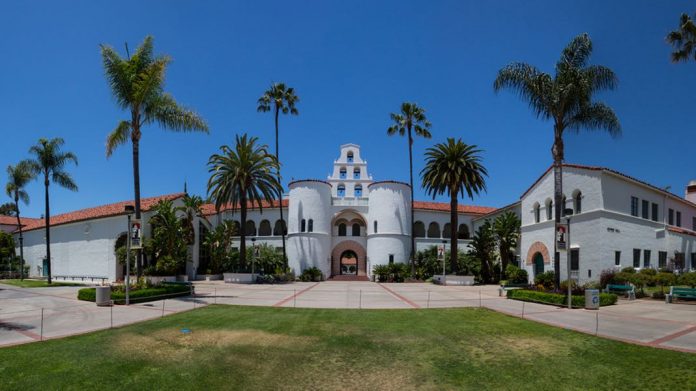 Donald Trump is the bane of the left’s existence.

No stoop is too low for their attacks.

But this propaganda class shows just how desperate the left is to stop Trump.

San Diego State University, a taxpayer-funded public school, is offering a class focusing on the impeachment of Donald Trump.

The university changed the name and dropped “Trump” from the title in response to backlash.

But the syllabus reads like it was written by Rachel Maddow.

Trump’s name is mentioned numerous times and virtually every subject focuses on the Trump administration or his campaign.

The College Fix obtained the fall 2018 course syllabus through a California Public Records Act request after SDSU did not return emails and phone messages seeking the document.
…
The syllabus appears not to have been proofread carefully. Under “Special Counsel Investigation,” it says the FBI “conducted an investigation or [sic] Russian interference with the election and lings [sic] to Trump’s campaign” after the 2016 election.

The course includes Trump’s firing of FBI Director James Comey on the grounds that Comey announced “an investigation into Hillary Clinton shortly before the election” and “was not doing a good job.”

It covers the appointment of Robert Mueller, former director of the FBI, as special counsel to investigate “any links or coordination between the Russian government and Trump’s campaign.”

Without fully naming the “former British intelligence operative,” the syllabus refers to Michael Steele and his “dossier.” It says he did an “investigation” on Trump’s dealings with Russia that was turned over to the FBI and made public.
…
The rest of the special-counseling heading deals with Republican challenges to the FBI subpoena to track a person who worked on Trump’s campaign, and the cooperation of a “Trump Aide” with the special counsel.

This is a textbook example of the liberal bias in academia.

The class does not mention Bill Clinton, who was impeached for lying under oath.

In contrast, Robert Mueller’s investigation into President Trump and his campaign have come up empty.

Yet taxpayer-funded public schools are drawing up classes based on anti-Trump conspiracy theories.

Do you think colleges should teach classes on impeaching Donald Trump?

Let us know in the comments section below.