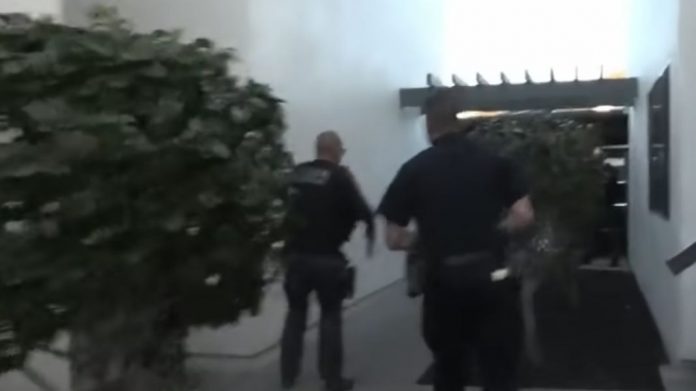 The radical leftists are running amok and not nearly enough people are standing up to them.

Hollywood is particularly weak and actually defends the actions of the far-left.

Now one TV network is learning the lesson “get woke, go broke” the hard way.

The phrase “get woke, go broke” applies to companies who bend the knee to the outrage mob and watch their business suffer as a result.

That description couldn’t be more apt than in the case of A&E.

Leftists used the heinous murder of George Floyd to further their anti-police agenda, and Hollywood was pressured to cancel television shows and movies featuring cops.

The popular show Cops was taken off the air after 32 years, but A&E went a step further.

The network canceled three of their most popular shows: Live PD, Police Patrol, and PD Cam.

The Live PD universe accounted for 85% of the network’s programming.

Needless to say, the backlash was severe.

According to Nielsen ratings, A&E lost 49% of its audience after seeing a 4% increase in viewership last year.

Live PD resulted in nearly $300 million in advertising revenue, so the network truly shot itself in the foot.

Instead of standing up to the outrage mob, A&E immediately genuflected, and it cost them dearly.

Only leftism would make a business willfully torpedo 85% of its revenue.

Other businesses have finally begun standing up to the pitchforks, and it’s paying off.

The left tried to “cancel” Goya after the company’s CEO accepted an invitation to the White House and thanked Donald Trump.

People are sick of the radical Left that doesn’t want to let anyone speak.

If A&E has any sense, they will bring back their popular shows.

Surveys show that the majority of Americans have favorable attitudes toward the police, and they certainly don’t want to see them defunded, the latest rallying cry of the hard Left.

The A&E example is a perfect illustration of how leftism destroys everything it touches.

They let a loud, radical faction dictate terms to them and they paid the price.

A&E should’ve had enough confidence to believe in their brand, especially considering their shows have nothing to do with police brutality.