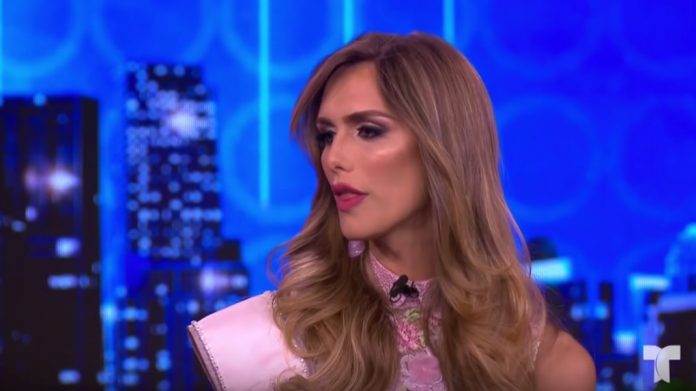 When Spain announced that a transgender male to female would represent them in the Miss Universe pageant Social Justice Warriors thought it was a dream come true.

Bettors even placed him as one of the favorites to win the entire competition.

But their world came crashing down when the results came in.

The media was crushed.

But they still barely reported on the winner, Miss Philippines, and instead pumped out headline after headline about the transgender.

She may not have won the crown, but Angela Ponce — better known as Miss Spain — has changed the course of pageant history forever. This year she became the first transgender woman to compete in the Miss Universe pageant.

She received a standing ovation from the crowd Sunday night as she walked down the runway raising her sash. “A walk to remember. A historic night for #MissUniverse,” the pageant tweeted.

“I always say: having a vagina didn’t transform me into a woman. I am a woman, already before birth, because my identity is here,” Ponce told Agence France-Presse, gesturing to her head.

“I’m showing that trans women can be whatever they want to be,” Ponce told Time. “A teacher, a mother, a doctor, a politician and even Miss Universe.”

As we reported, Ponce is a biological male who underwent so-called “gender reassignment surgery” to “become” female.

But he claims that “having a vagina” doesn’t make a person a woman.

Do you think transgenders should be able to compete in the Miss Universe competition?