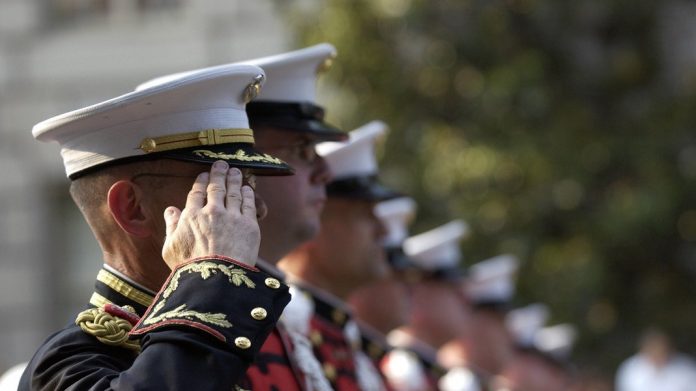 The Left has been using the military as a playground for social experiments for years.

Trump took a stand to put an end to it.

But what the Department of Defense just revealed could change everything.

President Trump fulfilled a campaign promise to end social experiments in the military with his 2017 transgender military ban.

So American taxpayers are still being forced to pay for the “transitioning” of confused troops who were diagnosed with “gender dysphoria” under the prior Obama administration policy.

The majority of Americans take great offense at the Left’s insistence that their so-called “progressive” ideas are more important than defending our country.

Now, despite efforts of Obama holdovers in the Department of Defense to keep it a secret, it’s been revealed that Obama’s trangender social experiment has cost our military $8 million in just two years.

The Pentagon has spent nearly $8 million to treat more than 1,500 transgender troops since 2016, including 161 surgical procedures, according to data obtained by USA TODAY.
…
Transgender troops and their medical and psychological treatment has been a flash point for controversy since President Donald Trump tweeted in July 2017 that he wanted to ban them from the military. In January, the question reached the Supreme Court, which ruled that a modified ban could take effect while lower court challenges continued.
…
Through Feb. 1, the cost of treating troops with the diagnosis of gender dysphoria has totaled $7,943,906.75. That included 22,992 psychotherapy visits, 9,321 prescriptions for hormones and 161 surgical procedures. Surgeries performed included 103 breast reductions or mastectomies, 37 hysterectomies, 17 “male reproductive” procedures and four breast augmentations. Psychotherapy sessions cost nearly $5.8 million and surgery cost more than $2 million, according to the data.

As we’ve reported, President Trump’s transgender military ban was a massive win for our armed forces.

Transgenderism is most obviously a mental issue; our troops shouldn’t have to worry about the stability of the man next to them in the foxhole.

But the Left insists that not only our Military cater to those who are confused about their gender but, as we’ve also reported, that taxpayers foot the bill.

Worst of all, those dollars taxpayers are shelling out for transgender surgeries could be going to help heroes who routinely languish without care thanks to the disastrous VA system.

We want to know what do you think.

Should taxpayers stop funding transgender surgeries and gender “transitioning” in the military?