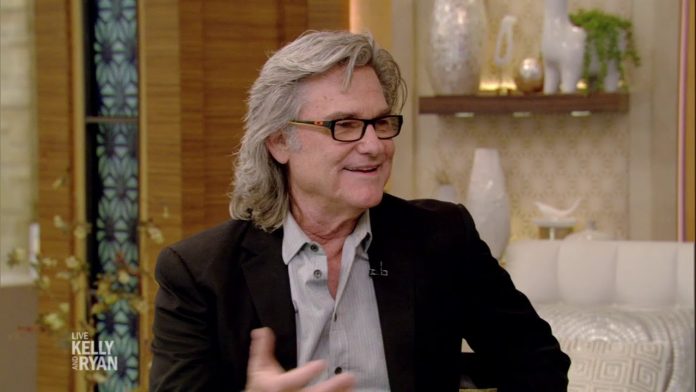 Everybody knows that most entertainers in Hollywood lean Left.

But they’ve become obnoxiously vocal over the past four years.

Now this top Hollywood actor just gave some sound advice to all his leftist colleagues.

Kurt Russell doesn’t fit into the same mold as other actors in Hollywood.

He’s a libertarian and a staunch supporter of gun rights, but he doesn’t incessantly beat people over the head with his politics like so many of his colleagues.

And Russell explained his thought process in a New York Times interview.

He said, “I’ve always been someone who felt we are court jesters . . . That’s what we do. As far as I’m concerned, you should step away from saying anything so that you can still be seen by the audience in any character.”

Actors in Hollywood should probably heed his advice.

So many of them have become so deranged in the era of Trump that it’s nearly impossible to suspend disbelief when they’re performing a role.

Russell continued, “There’s no reason entertainers can’t learn just as much as anybody else about a subject, whatever it is . . . But I think that what’s sad about it is that they lose their status as a court jester. And I’m a court jester. That’s what I was born to do.”

Leftists like to pay lip service to speaking truth to power, but the cultural mandarins and many in the billionaire class are left-wing, so leftist actors are speaking on behalf of the entrenched power.

Russell concluded, “A court jester is the only one who can walk into the castle and put the king down as long as he doesn’t hit too close to home. I think that’s been a big, important part of all cultures throughout history, and I’d like to see it stay in ours.”

Left-wing actors constantly “punch down” at the “deplorables” who voted for Donald Trump or those that live in “flyover country.”

Multimillionaire celebrities lecturing the rest of society about “privilege” is too much irony for the average person to take.

Leftists are dangerously dividing the country, and celebrities are playing their part by using their cultural influence.

Charlize Theron recently played Megyn Kelly in Bombshell, and she said it was her most challenging role because she found it difficult to empathize with her.

Theron has played assassins, serial killers, and sociopaths, but a mainstream Republican was a bridge too far.

This is precisely the attitude Russell is talking about.