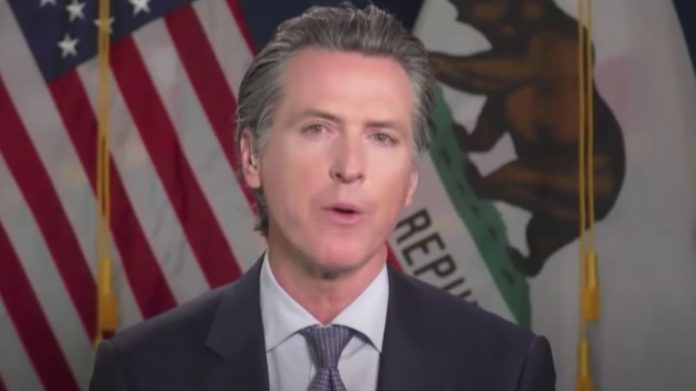 Leftists have gone completely insane in almost every regard.

There used to be agreement among the Left and Right that children should be protected.

The Democratic supermajority of California has led to devastating consequences.

Poor mismanagement, high taxes, and onerous regulation have led to frequent blackouts, wildfires, a spike in homelessness, and businesses and middle-class citizens fleeing the state.

Another consequence is that unhinged “progressive” policy-makers have been allowed to run amok.

Now Governor Gavin Newsom signed SB145 into law, which would give judges the discretion not to put statutory rapists on the sex offender registry for “non-vaginal” sex.

The bill was pushed by State Senator and LGBT activist Scott Wiener of San Francisco who said of the new law:

“I am so grateful that Governor Newsom — one of the LGBTQ community’s strongest allies ever — once again has shown that he’s willing to support our community when it’s hard. And make no mistake: the politics here are hard, with the massive Trump, QAnon and MAGA misinformation campaign against the legislation.”

The law says that if an adult has sex with a minor who’s 14 or older and the age gap is within ten years, then the adult won’t automatically be put on a sex offender registry.

So a 23-year-old could have sex with a 14-year-old and potentially not have to register as a sex offender.

This is the new law that Wiener believes is a triumph.

Wiener was also the author of a controversial bill that was signed into law by Jerry Brown in 2017, which dropped knowingly infecting someone with HIV from a felony to a misdemeanor.

This is a prime example of leftism going off the rails.

Neither of these pieces of legislation make anyone safer.

This does nothing for the LGBT community other than give potential child predators some relief.

If California is a harbinger of what’s to come in America, then the country is doomed.

The Democratic supermajority doesn’t seem to be loosening any time soon.

The state that sent Republican Governors Richard Nixon and Ronald Reagan to the White House and had Republican Governor Arnold Schwarzenegger only a decade ago is currently under the full iron grip of the so-called “progressives.”