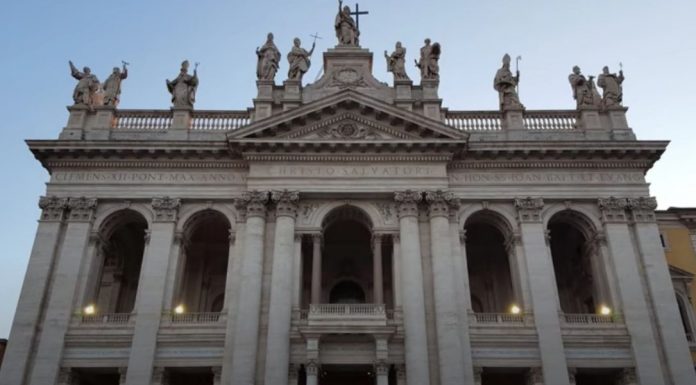 The war on Christianity grew worse worldwide in recent years.

The Left amplified it, vilifying Christians at every turn.

Now, one policy change by the top Biden official involved in the Afghan embassy nightmare spells doom for Christians in this African country.

Christians are murdered daily around the globe.

It’s among the reasons the U.S. State Department issues the “Country of Particular Concern” designation for nations where there are systematic, ongoing egregious violations to religious freedom, among other cruelties to the human person, because of religion.

With churches in Nigeria regularly receiving letters warning them to shut down or face “ferocious” attacks, Christians in Nigeria literally fear for their lives when performing the simple act of attending a religious service.

So until recently, Nigeria carried the “Country of Particular Concern” designation.

But just before Thanksgiving, Secretary of State Antony Blinken – who oversaw the nightmare at the U.S. embassy in Afghanistan – removed Nigeria from the list of “Countries of Particular Concern” for religious freedom by the U.S. State Department.

Unfortunately, it’s not because things got better for Nigerian Christians.

And Christians in the country have made it clear they feel abandoned by the United States.

In a video released by the Religious Freedom Institute, Bishop Stephen Dami Mamza says he found the move to de-list Nigeria “really disheartening” and that “all Christians in Nigeria are feeling very bad about it.”

Bishop Mamza also said that the violence against Christians in Nigeria may be worse than it has ever been and that he’s hard-pressed to find a family that has not lost someone to murderous violence.

The bipartisan United States Commission on Religious Freedom immediately responded to the de-listing saying it was appalled by the State Department’s move.

As with most of Joe Biden’s decisions, Nigeria’s de-listing has left many perplexed and wondering what the reasoning behind it was.

It can only be assumed that this is another move in Biden’s ongoing war on Christianity.