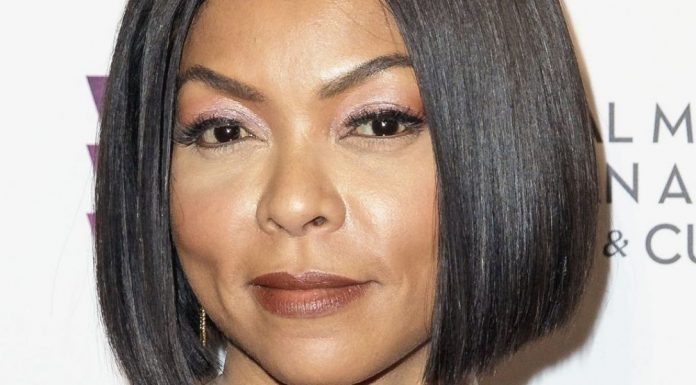 Millions of Americans are being pulverized under the boot of coronavirus restrictions.

Unemployment is on the rise and countless businesses have permanently shut their doors.

And one actress admitted a terrifying truth about the lockdowns.

The corporate press and pro-lockdown officials think that it’s very bad for people to discuss the downside of lockdowns.

Anyone who simply asks questions about this ruinous policy are smeared as grandma killers.

But the consequences of lockdowns are severe, and they must be discussed.

Not only is the economic damage incalculable, but deaths of despair and adverse health outcomes are increasing.

Actress Taraji P. Henson made that clear in a harrowing confession during a recent interview.

Henson, who was nominated for an Oscar for her performance in The Curious Case of Benjamin Button, opened up about having thoughts of suicide because of the soul-crushing lockdowns.

During a Facebook Watch interview, Henson said, “For a couple of days, I couldn’t get out of the bed. I didn’t care. That’s not me . . . I could go in there right now, and just end it all.”

According to a study out of the United Kingdom, Britons with thoughts of suicide have more than doubled to as high as 13% in light of the COVID lockdowns.

Other physicians have also predicted more deaths due to illnesses like tuberculosis and cancer because of decreased screening.

“People were calling me, I wasn’t responding. I didn’t care . . . So one day, I just blurted it out to my girlfriend. She called me in the morning, and I was like, ‘You know I thought about killing myself [last night]. Oh, my God, I feel so much better. I’m not gonna do it now.’”

Being forced to live in isolation for interminable amounts of time is going to have a negative effect on health.

Psychologists have warned that COVID isolation has caused a significant deterioration among people with mental and emotional development issues.

For example, parents with autistic children have been forced to watch all their kids’ gains in social function lost because their routines have been so badly disrupted.

Even successful actresses like Henson are struggling under these lockdowns, which have been deemed a method of last resort by the World Health Organization and other health officials.

Nevertheless, the lockdowns continue with no end in sight.