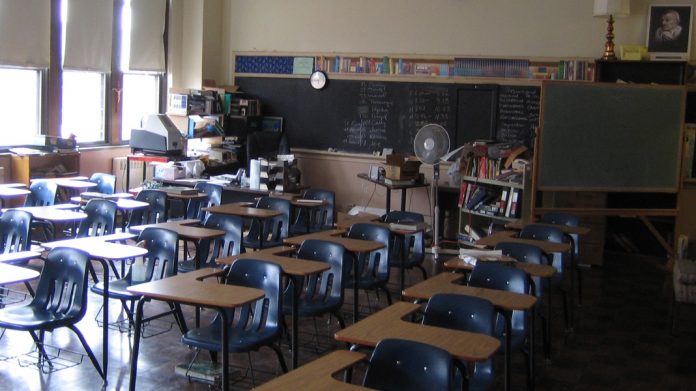 American public schools are failing to teach the basics.

They spend more time handing out participation trophies and ramming their leftwing political ideology down our children’s throats.

And a survey was just released that showed just how bad it really is.

The Woodrow Wilson National Fellowship Foundation recently conducted a survey to see how many Americans would pass a U.S. citizenship test.

They found that only 1 in 3 Americans, and only 1 in 5 age 45 and younger, could pass the test which only requires a 60% passing score.

Just a third of Americans can pass a multiple choice “U.S. Citizenship Test,” fumbling over such simple questions as the cause of the Cold War or naming just one thing Benjamin Franklin is famous for.

And of Americans 45 and younger, the passing rate is a tiny 19 percent, according to a survey done for the Woodrow Wilson National Fellowship Foundation.

Worse: The actual test only requires that 60 percent of the answers be correct. In the survey, just 36 percent passed.

Among the embarrassing errors uncovered in the survey of questions taken from the U.S. Citizenship Test and conducted by Lincoln Park Strategies:

• 72 percent of respondents either incorrectly identified or were unsure of which states were part of the 13 original states.

• 24 percent could correctly identify one thing Benjamin Franklin was famous for, with 37 percent believing he invented the lightbulb.

• 2 percent said the Cold War was caused by climate change.

In an era where all human knowledge is just a few clicks away, this is very disturbing.

Many Americans are uneducated on the most fundamental facts regarding American history “thanks” to failure on the part of public schools.

And it’s only getting worse.

The study found Millennials were even less educated on simple questions than their parents.

If they don’t understand the basics of American history – especially the fundamental principles our country was founded on – it could lead to political disaster.

The old saying goes: “Those who do not learn history are doomed to repeat it.”

What do you think about these findings? Let us know in the comments below.