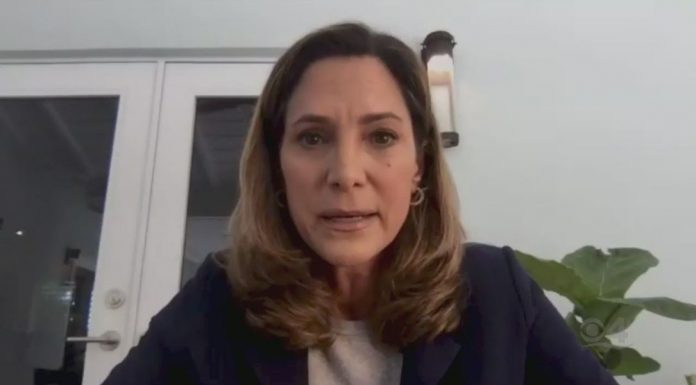 Democrats are always eager to grant citizenship to illegal aliens in our nation.

And usually they face opposition from Republicans in their attempts to grant amnesty.

But this Republican wants you to know that amnesty is on the way for illegal aliens.

It’s been a fantasy for leftists to grant citizenship to millions of illegal aliens.

In their eyes, it guarantees them millions of voters for years to come.

And that’s all they seem to be worried about is solidifying more votes rather than protecting the American people.

As the American people struggle to find jobs the Left just wants to get an amnesty deal through Washington, D.C.

But besides the usual RINO like Senator Marco Rubio who makes his wife talk sweet things in his ear about amnesty, Republicans have been able to hold their ranks to stop amnesty.

Well that seems like it’s about to all change.

Florida Representative Maria Elvira Salazar has hinted at the idea of Republicans in Congress putting forward their plan for amnesty.

After stating that she had a plan to grant legal citizenship to millions of illegal aliens while in an interview with Fox Business Network’s Larry Kudlow, Rep. Salazar claimed, “What would the GOP do? That’s exactly what we’re trying to put together and we’re going to have something for you and for the viewers probably next week.”

She claims that granting citizenship to illegals in this nation that have been here for more than five years would, “send a message to the Latinos or the browns in this country that we in the Republican Party, we have the same values entrenched in our Party that are in their hearts.”

And then the hispanic Representative from Florida went on to say, “Don’t you think that the Republican Party should be talking to people like me? Well, we have not. We have not done it. Why? For whatever reason.”

You could just hear Mitt Romney, Mitch McConnell, and Marco Rubio puckering up during this interview.

It’s mating season for RINOs and establishment Republicans when they aren’t in power.

They would love nothing more than to ram through amnesty while the Democrats are in control and just try to blame it on them.

But RINOs and the establishment Republican Party seem to forget that Donald Trump outperformed amnesty loving John McCain in the percentage of the Hispanic vote that he earned in 2020.

And Trump has been one of the hardest hitting Republicans in decades on the issue of protecting our borders and our sovereignty.

But leave it up to the RINO Republicans to put forward a bill, which grants amnesty to millions of illegal aliens.

And as they grant leftists a gift in this upcoming bill the same Republicans are sticking it to the average hard-working American who got them to Washington, D.C. in the first place.

Time will tell if it passes.