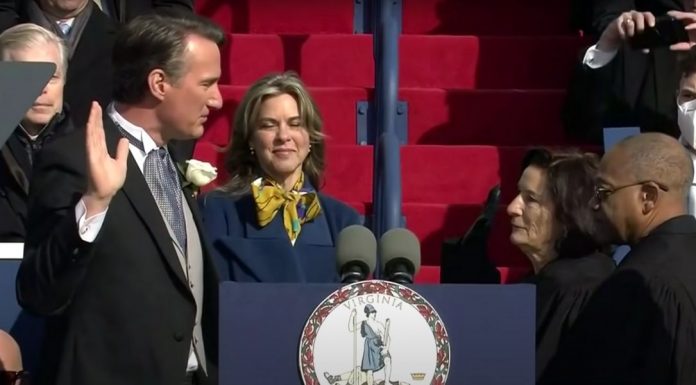 It seems most leftists can’t enjoy anything in life without bringing up racism.

But you’d think a day dedicated to the memory of Martin Luther King Junior would make everyone happy.

Instead, Republicans are getting slammed for the most ridiculous reason ever.

It seems this year the Democrat Party’s radical leftists got the same memo: mock Republicans for quoting King.

Ironically, one of the loudest voices was NBC Late Night host Seth Meyers.

He jumped all over new Virginia Governor Glenn Youngkin, who was quoted saying, “We’re not going to teach our kids to view everything through a lens of race. Yes, we will teach all history—the good and the bad because we can’t know where we are going unless we know where we come from, but to actually teach our children that one group is advantaged and another is disadvantaged simply because of the color of their skin cuts across everything we know to be true.”

Then Youngkin quoted King, “We must judge one another by the content of our character and not the color of our skin.”

Meyers immediately mocked that sentiment saying, “It’s like the only MLK line Republicans have ever read.”

While we have proof Republicans have read—and quoted—plenty more MLK lines, it seems Democrats are constitutionally incapable of understanding the point of King’s entire life’s work.

Instead of focusing on the content of characters, Democrats like Meyers are obsessed with making absolutely everything the color of skin rather than respecting each individual person.

In fact, the Democrat Party depends on keeping Americans divided by race, gender, income level, vaccination status, and anything else they can dream up.

Civil rights leader Bob Woodson said of the Biden administration, “And as long as they can keep Black America in a constant state of agitation, anger and resentment, it means they can easily control them. In other words, they’re willing to sacrifice Black bodies for Black votes, even as they hijack the civil rights movement.”

Woodson is a black leader who created a program called 1776 Unites as a healthy alternative to the racist 1619 Project and Critical Race Theory.

But you’ve probably never seen him appear on any news source left of Fox News.

Because the truth is, as much as leftists try to make everything about race, that’s really a distraction.

The only reason a white guy like Meyers gets away with mocking Martin Luther King Jr’s most important ideas is because of his political affiliation.

And the reason mature black voices like Woodson’s are ignored is because they contain the secrets to long-lasting health, wealth, and strong individuals in our society.

It turns out MLK’s dream is every central planner’s worst nightmare.