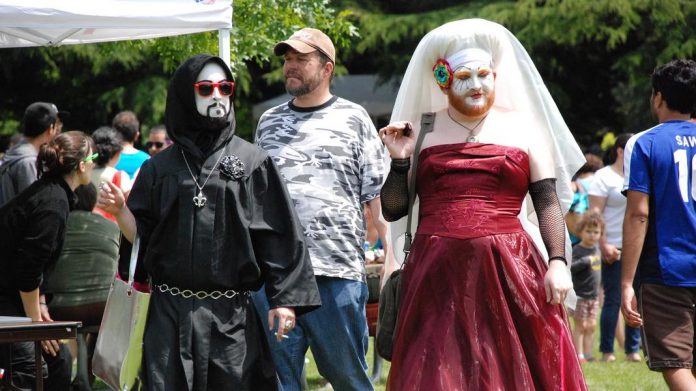 Radical progressives have been preaching their “social justice” agenda on college campuses for years.

And a public library just landed in a world of hurt after the truth was revealed about one drag queen they entrusted with children.

Alberto Garza, who calls himself “Tatiana Mala Nina”, was given the opportunity to read a book as a part of the Houston library’s “Drag Queen Storytime” program.

But there was one just big problem the library did not count on.

Alberto Garza was convicted of sexually assaulting an 8-year-old boy.

A registered child sex offender was allowed to read to children during the Houston Public Library’s Drag Queen Storytime.

The lunatics who promote Drag Queen Storytime claim the idea is “to promote love and acceptance.” Rational and caring parents, who understand that protecting your child’s innocence, especially from things like adult sexuality, are suing the city to stop this madness. They claim that the government sponsoring “secular humanism” violates the Constitution’s Establishment Clause on religion.

And now we learn that a six-foot, 200-pound sex offender managed to slip through the library’s screening system, slip on a dress, and read to small children — all of it sponsored by the government.

Naturally, once parents discovered this fact they were outraged.

The library issued a fake apology and stated that he would no longer be invited to participate in Drag Queen Storytime.

The lack of a real apology or any action is astounding.

No one is being fired and “Drag Queen Storytime” isn’t being shut down.

Fortunately, a small handful of parents have decided to take legal action against the library for putting their children in danger.

The reality is, events like these are inevitable when the left is given free rein to indoctrinate children in public schools and libraries.

Do you think “Drag Queen Storytime” should be shut down?