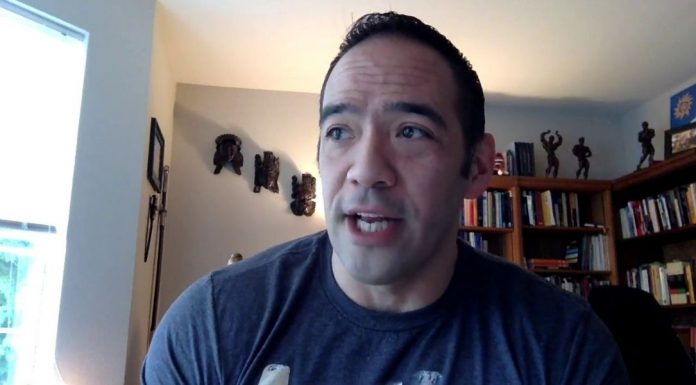 At this point, there seems to be no aspect of the world today that the far-left won’t deem “racist.”

As far as they’re concerned, everything is some form of “white supremacy” that must be destroyed.

Their latest target is the written word, as one prominent University Dean has claimed that grading a student’s writing for quality promotes “white supremacy.”

As such, Inoue encourages teachers to abandon grading for the quality of a student’s writing, and instead move to a “labor-based” grading system where students’ grades are determined by the effort they appear to put in.

In Inoue’s perfect world, the quality of a student’s writing would neither help nor hurt their grade.

“This book focuses on one kind of grading contract, one that calculates final course grades purely by the labor students complete, not by any judgments of the quality of their writing,” Inoue writes. “While the qualities of student writing is still at the center of the classroom and feedback, it has no bearing on the course grade.”

Unsurprisingly, the author also admits that his idea for a “labor-based” grading system is rooted in Critical Race Theory, the idea that America and modern American society are “racist” by default.

Using the absurd teachings of Critical Race Theory, Inoue determined that grading students is a form of ranking, and ranking anything is apparently a form of “racism.”

“Ranking is a part of a much longer racist, and White supremacist, tradition in Western intellectual history,” Inoue writes.

“Ranking has been deeply embedded in racist thinking, discourses, and logics, mainly because it has been deployed as a way to justify a number of racist, empirical, and colonial projects over the last four hundred years.”

Inoue also goes on to claim that “education at all levels has been and still is a part of these racist projects.”

Furthermore, Inoue argues in the book that grading requires students to produce high-quality work, which is allegedly “racist.”

“Grading literacy performances by a single standard for so-called quality is racist and promotes white language supremacy,” the author writes. “Because all grading and assessment exist within systems that uphold singular, dominant standards that are racist, and White supremacist when used uniformly. This problem is present in any grading system that incorporates a standard, no matter who is judging, no matter the particulars of the standard.”

Inoue also believes that any teacher who uses a traditional grading system and requires their students to use proper English in an English class are perpetuating the “racist status quo.”

“In our current society and educational systems, regardless of who you are, where you came from, or what your intentions or motives are as a teacher, if you use a single standard to grade students’ language performances, you are directly contributing to the racist status quo in schools and society,” Inoue writes.

And to top it all off, Inoue writes that the traditional grading system is “a slave-making machine.”

“All the ways we judge language, even by well-intentioned teachers, are almost always racist and slave-making, almost always White supremacist,” Inoue concluded.

What may be most interesting about his book, though, is the fact that throughout his writing, Inoue utilized the proper English he is now claiming is “racist” and “white supremacy.”

Obviously, the real root of Inoue’s thought process is the fact that he doesn’t believe minority students are capable of writing at the same level as their white peers.

By its very definition, that is racist, not teachers who try to better their students’ lives by teaching them how to be capable communicators and holding them to a high standard.

The idea that anyone could read Inoue’s claims and not universally agree that they are utterly ridiculous is mind-blowing.

But, unfortunately, that’s the world in which we live today, and it doesn’t appear things will get better anytime soon.