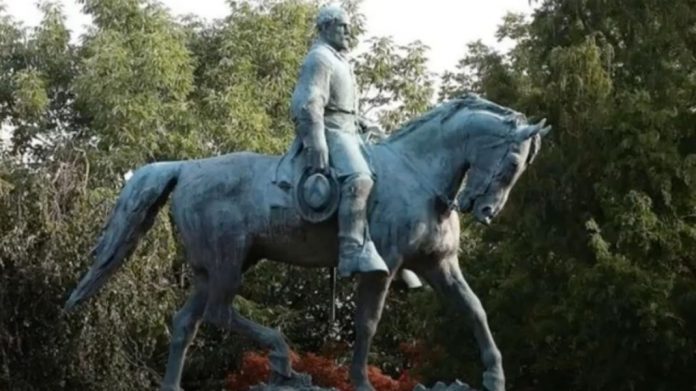 Nationwide riots have shown that the Left has gone completely mad.

Any pretext that the numerous violent protests were to honor George Floyd has long been dropped.

Leftism is an expansionist ideology that eventually destroys everything it touches.

That is becoming abundantly clear as even apolitical publications have taken a hard-left turn.

The latest example of this comes courtesy of the magazine Popular Mechanics.

In light of the newly designated domestic terror group Antifa and other activist groups unilaterally ripping down statues across the country, Popular Mechanics thought it would be a good idea to publish a piece titled “How To Topple A Statue Using Science.”

The piece goes in depth with engineers on how to safely tear down a statue at a time when the country is in the midst of an insane Maoist Cultural Revolution.

The publication issued a boilerplate disclaimer and said that it was “not encouraging anyone to remove any statues . . . This article is being presented only to describe the physics and mechanics of removing statues, in light of national attention being drawn to the removal of Confederate monuments and statues.”

However, the tone of the piece is quite clear, and the politics of the author aren’t difficult to discern.

This is how James Stout, the author, describes himself on the Popular Mechanics website:

“James Stout, Ph.D is a historian of anti-fascism in sport and runs a nonprofit that uses exercise to empower Indigenous people to live healthier and happier lives. He was born in the U.K. and lives in California.”

There’s no doubt that Stout would be out in the streets with the other communists looking to erase history.

This is how leftists systematically hollow out institutions.

When it happens at places like The New York Times, it’s more obvious, it’s happening on smaller levels, too, as evidenced by the absurd Popular Mechanics piece.

Author and Academic Christina Hoff Sommers in one tweet:

🚨🚨🚨Popular Mechanics goes full Taliban. Several engineers chime in on how to destroy statues. I always thought @PopMech was about building things. https://t.co/hiXFORXRDW

The comparison to the Taliban destroying Buddhist temples in Afghanistan is apt, and it shows that leftism knows how to destroy, but doesn’t know how to build anything.

Do you believe Popular Mechanics when they say they don’t condone yanking down statues?