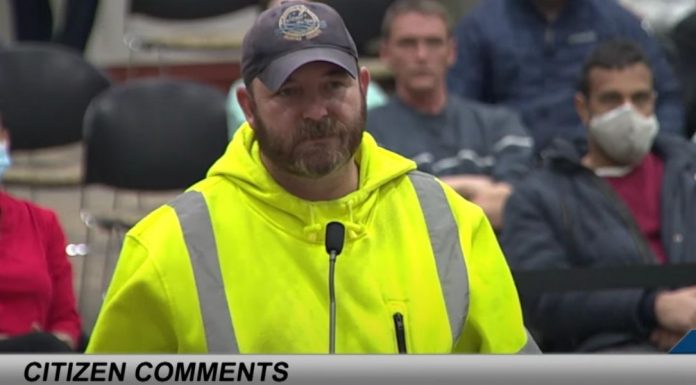 Conservatives have all been red in the face over the past year over the abuse that’s taken place.

It won’t change with just one head rolling.

And this parent video will make you red in the face over what Democrats did to American children.

If one good thing came out of 2021 it’s that citizens and parents are starting to finally see the crap going on in our children’s classrooms.

Critical Race Theory is being embedded into classroom curriculum as early as in Kindergarten.

Leftist teachers are brainwashing our children into believing their radical ideas.

Teacher laughing about having students pledge their allegiance to the LGBT flag. pic.twitter.com/XaYZwoPlsA

And books in schools are being exposed as nothing more than pornographic novels and some even promote pedophilia.

Fairfax Schools REINSTATED Lawn Boy and Gender Queer. Both books were denied for removal by disgraced Loudoun County Sup. Scott Ziegler. Don’t you want to send YOUR kids to @fcpsnews or @LCPSOfficial ??? pic.twitter.com/iHmKNQEUvg

Thankfully as these stories make the light of day, parents are fighting back together.

But some parents are fighting more personal battles for their kids who have been victims of sexual assault with no real recourse provided by their schools.

That was the case in a high-profile example that occurred in Loudoun County, Virginia last year and helped fuel the drubbing Democrats received in the state’s governor election in November.

But another outrageous example came to light during a school board meeting in Prince William County, Virginia last week.

As one father began to talk, his topic became clear – his daughter was sexually assaulted at school and the school administration didn’t do a thing about it.

He first started by asking for answers as to why the boy who sexually assaulted his daughter was slapped on the wrist for “improper touching”.

When the school board didn’t answer he continued by stating, “Does anyone have any answers,” which led to him being told by the school board chair Babur Lateef to email them and “step aside.”

The dad responded, “I want the public to know, that’s why I’ve come here.”

Then Lateef had the nerve to sarcastically respond, “We won’t be answering you, but you can certainly keep asking.”

Shocked by the chair’s response, the father started to tear up and said, “I want to know the school’s definition of sexual assault, because my daughter was told … that if it’s above the clothes, it’s not sexual assault. That’s the way the county does the kids here? That’s messed up.”

You have to watch this sad video to believe it:

#NotJustLoudoun: Northern Virginia father tells school board his daughter was "sexually assaulted," claims the assailant was only suspended for "one day"

The horrors in our children’s schools are nothing new at this point.

Those exposed in Virginia last year are some of the worst.

With a new governor, you’d hope a house cleaning is under way in schools throughout the state.

But it’s only just begun and leftists are still in control of most school boards.

It will be an outrage if the Prince William school board chair Babur Lateef keeps his seat after making light of sexual assault of a student and her grieving father.