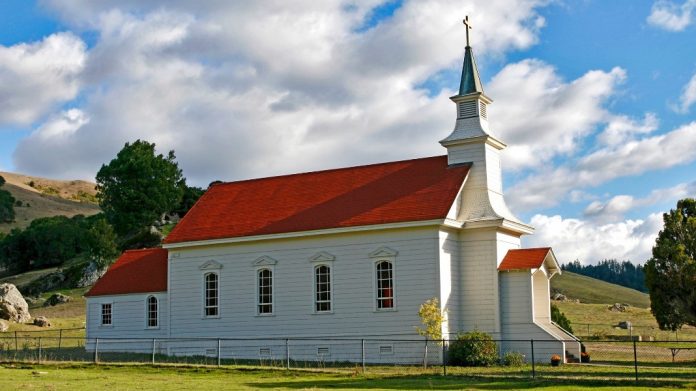 Vaccine mandates and vaccine passports have opened up a whole new world of black-market activity.

Criminals are peddling fake vaccine cards to desperate individuals who want to get around the government orders.

And even more disturbing is this Oklahoma pastor who is scamming his congregants and it’s every bit as unbiblical as you can imagine.

There was never any doubt that vaccine mandates would open up a host of different problems.

Put aside the unconstitutional nature of it all, the criminals were itching to make some money off of the government’s tyrannical regulations.

People are paying top dollar for fake vaccine passports to try and skirt the mandates.

In some states, religious exemptions are still being allowed and people are lining up to get a hold of one.

Unfortunately, one entrepreneurial pastor in Oklahoma has abused the current state of the country and is pulling down tons of money in exchange for offering people “religious exemptions” for the COVID-19 vaccine.

The pastor, Jackson Lahmeyer, is 29-years-old and a small business owner.

Lahmeyer is also running in the Republican primary to challenge Senator James Lankford in 2022.

Pastor Lahmeyer is encouraging people to donate to his church, Sheridan Church, in Tulsa Oklahoma so they can become an online member and get his signature on a religious exemption from coronavirus vaccine mandates.

How very Christlike of the pastor to charge people for his signature so they can “claim” a religious exemption even if they don’t attend his church. Heck, some of them may not even be of like faith.

As one religious freedom expert put it, “he’s not really selling a religious exemption, but rather a bogus idea that you need one.”

No one needs a pastor or any other “religious figure” to sign off on your religious objection to the vaccine – you just state it yourself.

Lahmeyer is a fraud and he needs to be called out on it. He’s capitalizing on an awful situation by making people believe they need to pay to get his signature to exert their Constitutional rights.

The entire government-driven pandemic has brought out the absolute worst in people.