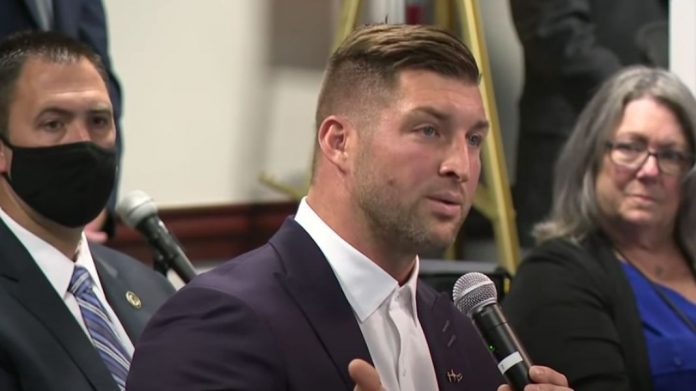 There are far more believers in pro sports than anyone realizes because the woke sports media spikes nearly any discussion of faith.

But every once in a while, a Christian athlete rises to transcend the liberal sports media’s efforts to hide their faith.

And this NFL star’s awe-inspiring move just put him at Tim Tebow level in every Christian’s heart.

While abortion has been a hot topic in politics for decades, it’s become even more so in the last year as the Texas Heartbeat bill and the Dobbs case have graced the headlines.

Along with more publicity, the Left has become even more radical in its views on abortion and the murder of innocent humans.

And you will be shocked when you see the message this NFL tight end spread far and wide about abortion.

In a move that shocked the league, and many Americans, Jacob Hollister, tight end for the Jacksonville Jaguars, chose to honor mothers and unborn babies by displaying a pro-life image on his cleats.

Seeing a sports star or celebrity support any pro-life message is rare these days because they’re often chastised by the Left and “canceled” by the woke mob.

But that doesn’t matter to Hollister.

The NFL tight end is also supporting Live Action, a pro-life organization founded to promote the dignity and value of all human life, especially the unborn.

“Both moms and babies have equal worth and demand equal protection,” Hollister said in a video shared by Live Action. “I’m thankful and happy to support Live Action who gives those babies a voice.”

Hollister’s cleats show an image of a pregnant mother with a heart inside her womb representing the precious unborn life inside of her.

Next to the image are the words “Love them both.”

Hollister, a devout Christian, says he hopes the pro-life statement he is making will encourage more to love both the mother and the unborn child.

“I don’t think there’s any better way to illustrate how I feel about it. To be honest, at first I was really hesitant to do it, not because I’m afraid of any confrontation or any arguments around the subject. It’s really just because I feared that anybody who feels differently than I do about [abortion] would feel anything but love from me. The way that I was raised and the way I try to live my life to the best of my ability is to love people first in everything I do and love people well,” Hollister said.

The Left has made it abundantly clear that they do not care about protecting the most vulnerable among us – the unborn.

It’s refreshing to see someone with name recognition stand up for those lives.

One can only hope that more people begin to realize how important it is to be the voice for these innocent lives.

Hopefully Hollister’s move will make that happen and an army of pro-athletes will start treading the path blazed by Tim Tebow and now Jacob Hollister.