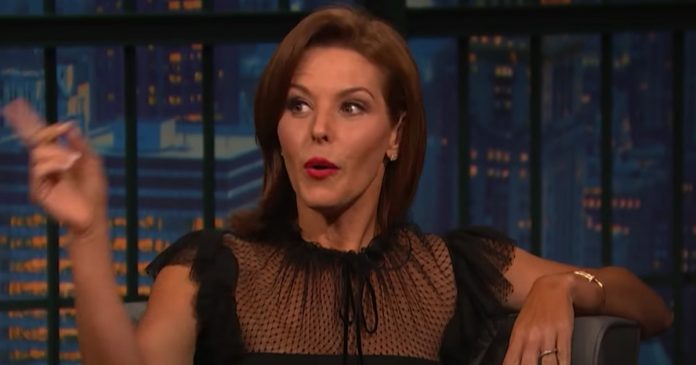 The war on the unvaccinated in America has begun.

Joe Biden’s recent mandate forcing employers to vaccinate workers was just another step towards total control of the American people.

And this MSNBC host says the unvaccinated can just do this and all will be well.

The Left has made it clear that the unvaccinated are “less than” to them.

It is just mind boggling to these radical leftists that someone wouldn’t want to be forced to inject something in their body.

To make matters worse the corporate-controlled media is spreading blatant lies about the unvaccinated and fearmongering the vaccinated.

One of the biggest culprits is MSNBC.

Rachel Maddow continues to spin a story about Ivermectin that has repeatedly been declared false.

Now MSNBC anchor Stephanie Ruhle says she’s got the answer to the problem with the unvaccinated: Stay home.

Ruhle says adults could simply work from home and teach their children from home if they’re unwilling to get the vaccine.

“I’m puzzled by these people who continue to say they’re forced to get vaccinated here. There’s always been a choice. If you do not want to get vaccinated, you can work from home, you can homeschool your children, you can shop online,” Ruhle said during an interview.

And that, in a nutshell, is the Democrat Party stance.

Don’t want to bow down to emperor Biden and his unconstitutional mandates? Then you should be a prisoner in your own home.

From the beginning, the Left has attempted to make life for the unvaccinated as uncomfortable and difficult as possible.

It’s clear they intend to force people to either never leave their homes again or get vaccinated.

This is not about the public’s safety or anyone’s safety for that matter – it’s about control.

Joe Biden and the Democrat Party – along with the left-wing media – want those who choose to exercise their rights to be punished.

They do not want the American people to be able to think for themselves because people with a brain are hard to control.

The more they can instill fear into Americans the more power they gain.

And now they’re not even hiding their tactics.