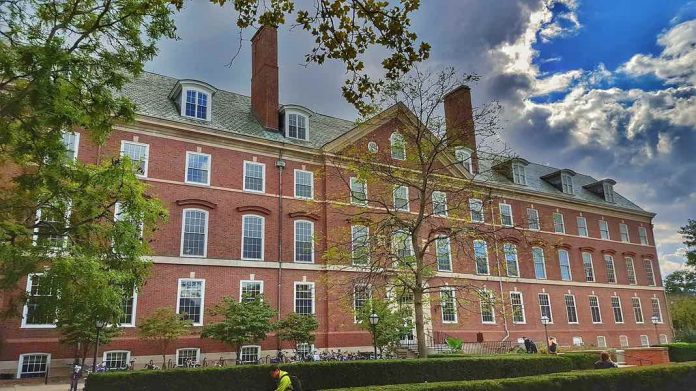 Academia is just a surrogate for Radical Leftists.

And like the Radical Left, they often promote anti-American policies and ideas.

But they crossed the line with this attack on American society.

The University of Illinois, Urbana-Champaign’s (UIUC) Gender & Women’s Studies department just demanded the abolition of the police, ICE, and the judicial system in a new nine-point platform.

They also called for the eradication of the supposed “cisgender heterosexual patriarchy” and alleged “global white supremacy.”

“Without these groups, you would not have Rule of Law. A society cannot function without the Rule of Law. Complete chaos and anarchy would break out,” Hubbard told Campus Reform. “It is disturbing that a university department would call for the end of the judicial system. While there might be flaws in the judicial system, it is still the very fabric that holds society together.”
…
The UI department subsequently deleted the Facebook post and did not return requests for comment. But other controversial posts still remain on the department’s Facebook page. UIUC’s Gender & Women Studies department also encouraged students to leave a “feminist curse” and to “take or leave a feminist offering” via Facebook.

“We invite you to leave a feminist curse on the wall or in the skull and pick up a feminist benediction (a button, a flyer, whatever offerings are her,” a sign posted in late September reads. “At the end of the month, we will burn all our curses together.”

This latest stunt is crossing the line.

As Madeleine Hubbard from Turning Point USA pointed out, they are launching an attack on the very fabric of our democracy.

Unfortunately, this is nothing new for Academia.

As we reported, San Diego State University offered a class focusing on the impeachment of Trump.

Now, the University of Illinois, Urbana-Champaign showed the true colors of Academia.

They fundamentally hate America and our freedoms because of their so-called “progressive” fantasies.

Do you think Academia has gone too far? Let us know what you think in the comments below.