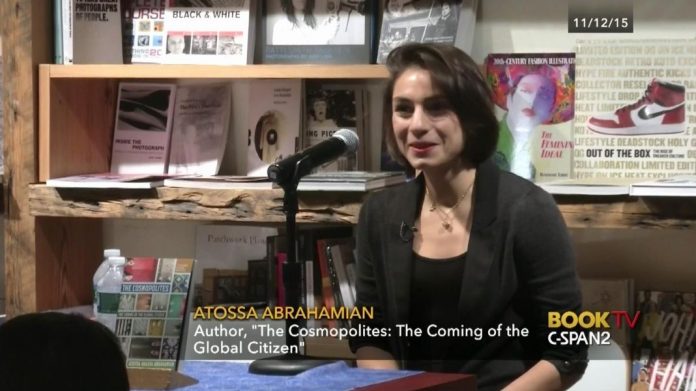 Most of our nation’s dumbest ideas come from the Left.

But one leftist journalist just took the prize for being the biggest idiot alive.

That’s because this leftist journalist can’t find a good reason why only American citizens should be allowed to vote.

Look back at the degradation of our society and most of it has come from the Left.

The Left is built on idiotic ideals.

And their idiocy turns into dumb ideas.

Let’s just look at a couple of the most recent dumb ideas by leftists.

If you tell a lie big enough and keep repeating it, people will eventually come to believe it.

And who can forget this classic idiot.

Few things can be dumber than to think that an island is going to capsize because of a growing population being on one side of the island.

But we now might have a new leader for the Left’s biggest moron.

Leftist journalist Atossa Araxia Abrahamian can’t seem to figure out why only American citizens should be allowed to vote in American elections.

Abrahamian wrote in the New York Times that:

Nearly 15 million people living legally in the United States, most of whom contribute as much as any natural-born American to this country’s civic, cultural and economic life, don’t have a say in matters of politics and policy because we – resident foreign nationals, or ‘aliens’ as we are sometimes called – cannot vote.

She continued by claiming, “people with green cards, people here on work visas, and those who arrived in the country as children and are still waiting for permanent papers.”

Can you imagine our nation’s politics if non-citizens could just come to America and vote in our elections?