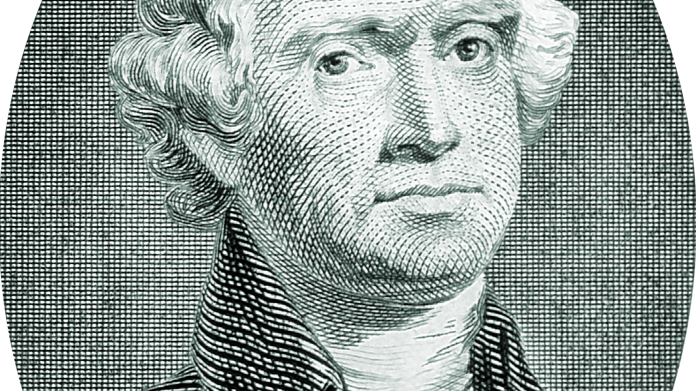 The radical Left is dead-set on destroying history that doesn’t fit with their agenda.

That’s why figures like Thomas Jefferson, who believed in freedom, are seen as their enemies.

And this Left-wing City Council just declared war on American history with one disgusting vote.

Thomas Jefferson is one of the greatest Americans in history.

What he was able to achieve in his life ensures that we have the freedoms we enjoy today.

But, despite his greatness, he has some flaws, including him owning slaves.

Because of this, Democrats want to discount all the good he’s done, and paint him as an evil racist.

And using that as an argument, the Charlottesville, VA City Council just voted to officially remove Thomas Jefferson’s birthday as a holiday.

To replace it, Freedom and Liberation Day has been declared a holiday on March 3.

Removing celebrating Jefferson was voted on four to one with Galvin being the only “no” vote.

Adding Freedom and Liberation Day was a separate vote and was voted on unanimously.

Council also added a floating holiday to make a total of 12 holidays, meaning city employees gets about the same number of holidays as Albemarle County employees.

This is exactly what President Trump was warning would happen when the fight over Confederate.

He said that if the Left continues to remove Confederate monuments, they would eventually turn their focus on other historical figures.

Trump even directly mentioned Thomas Jefferson, and the Left laughed at him at the time.

But now their true intentions are clear.

Any historical figure they can find with any flaws is now on the chopping block.

The only question now is when they will begin trying to outright remove monuments to Jefferson.

Do you believe in preserving historical monuments?