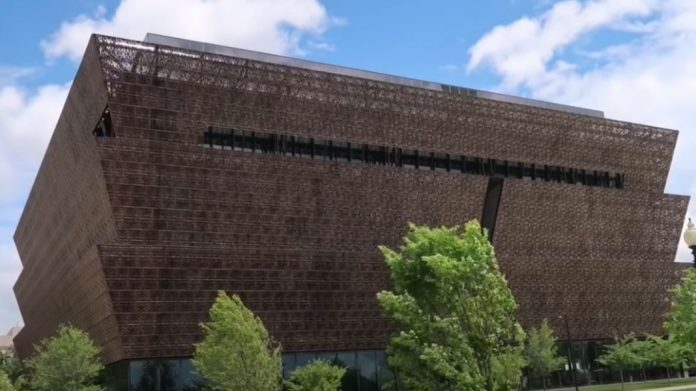 Leftists are constantly thinking of new ways to tear the country apart.

The truth about Black Lives Matter is slowly trickling out.

People are beginning to see that the group with a positive slogan has deep-seeded destructive ideas.

Patrisse Cullors, one of the group’s founding members, openly admitted in an interview that the founders are “trained Marxists.”

However, the communist strain within Black Lives Matter is not a spontaneous occurrence.

Grievance movements on the Left are littered with communist messaging.

That is the ideological foundation for virtually all prominent left-wing movements.

And these insidious ideas take over institutions one by one.

Take, for example, the Smithsonian, the world’s largest museum and research center.

Smithsonian’s National Museum of African American History and Culture (NMAAHC) recently released an online infographic that is rife with the same Marxist nonsense.

Marxist in the cultural sense divides every group into oppressor versus oppressed, so races are categorized as whites (“oppressors”) versus nonwhites (“oppressed”).

That’s as deep as the analysis goes, so everything associated with “whiteness” is bad.

The NMAAHC’s infographic argued the problems of “whiteness” that must be resisted at all costs.

The infographic included “rugged individualism” as a tool of whiteness that must be opposed.

So self-reliance and autonomy are “white” qualities that must be criticized.

The explainer also decries the whiteness of the scientific method, which means that objectivity, rational thinking, and cause and effect correlations are deemed bad.

The infographic also attacks the “Protestant work ethic,” so they’re arguing that hard work is both a “white” concept and also bad.

This same sentiment can be found on the “about us” page of Black Lives Matter that explicitly talks about their goal to “disrupt the Western prescribed nuclear family structure requirement.”

Family structure itself is bad in the eyes of these far-left radicals, which is something they’ve been arguing for years.

It’s one of the reasons they’re so keen on abortion; they want as few familial bonds as possible.

They want allegiance to the collective, not the family.

The insane infographic goes on and on about how concepts such as time, planning, and competition are all inventions of whiteness that must be dismantled.

These are the people who are taking over the Democrat Party, and they need to be opposed at every turn.

Culture Watch News will keep you up-to-date about any developments in this ongoing story.