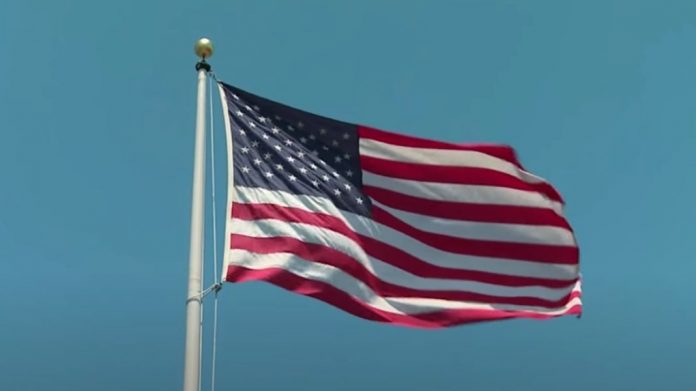 Schools are a breeding ground for the radical Left’s agenda.

And now the radical Black Lives Matter movement is just making things worse in schools across the nation with their hatred for America.

But this high school principal took a stand for the American Flag and now he could be fired.

It’s hard to deny that schools are little more than indoctrination camps with teachers pushing their leftist agenda onto their students.

Who can forget the teacher shooting President Trump’s picture with a water gun and yelling “Die!” in front of her class as they watched his inauguration?

That’s just one of countless stories of teachers pushing their hatred and Leftist agenda on students since President Trump has been in office.

And things have just gotten worse with the rise of the Black Lives Matter movement.

Black Lives Matter has put their crosshairs on the American Flag and the national anthem over the past few years.

Now schools and teams across the country are disrespecting our flag and nation by kneeling during the national anthem.

But one patriotic principal wasn’t having any of it.

According to Baton Rouge’s ABC affiliate WBRZ, after football players from his school kneeled during the anthem, a Baton Rouge, Louisiana principal sent a text message to the head coach that said, “Playing football is a privilege not a right. If they don’t want to stand they can turn in their equipment and we will refund their money.”

But after the text message was put online the Baton Rouge school system put the principal on leave.

And now he is on track to be fired.

For standing up for America and the flag?

It is disparaging how leftist America’s government school systems have become over the past few years.

But it won’t change until local communities start standing up against this radicalism infecting our schools.