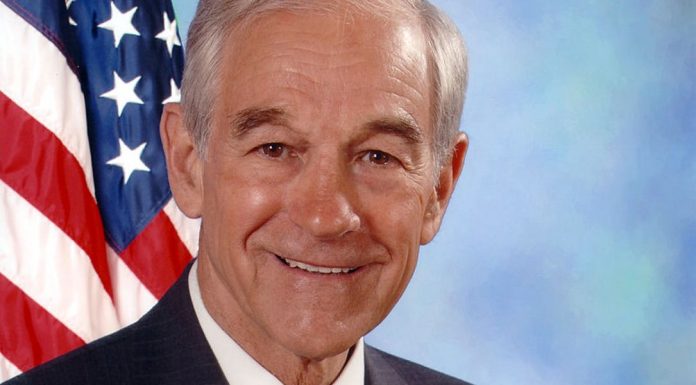 Big Tech is dropping the hammer in the wake of the Capitol Hill riot.

All Republicans are in jeopardy of being sniped by the Big Tech overlords.

And one former GOP Presidential Candidate got censored for one unbelievable reason.

Former Congressman and Presidential Candidate Ron Paul found himself locked out of his Facebook page earlier this week.

Worse yet, the reason given was flimsy at best.

According to Paul, he was told that he repeatedly violated “community standards” even though he never got a guidelines strike.

The move was so appalling, progressive independent journalist Glenn Greenwald called out the blatant partisan hitjob:

Just pass a law that the internet is for liberals only. https://t.co/yWxYR5Rs8f

Although Greenwald is on the Left, he’s intellectually consistent when it comes to free speech, and is willing to call out his side.

Greenwald was forced out of The Intercept, an outlet he co-founded, because the board of directors blocked him from publishing a story damaging to Joe Biden during the run-up to the November election.

Members of the Democrat Media Complex did a victory lap after successfully suppressing the Hunter Biden laptop scandal and nudging father Joe into the White House.

But the Democrats aren’t satisfied; they want more censorship.

Paul, a principled libertarian who is not an ardent Trump Supporter, was a convenient target because he’s railed against Big Tech for years.

He called out the social media giants for essentially merging with the state during the Obama Administration to facilitate regime change around the globe.

Having a non-interventionist view on foreign policy should not be grounds for expulsion from social media.

After a massive outcry from sitting Congressmen, including Ron Paul’s son, Senator Rand Paul, Facebook reinstated Paul’s page claiming it was a “mistake.”

But average Americans aren’t going to be so lucky as to have Congressmen and members of the Press hounding Facebook about why an account was suspended.

With Trump’s censorship as a predicate, Big Tech and the Democrats have paved the way to take out their ideological opponents whenever it’s convenient.

If the leader of the free world is not safe on social media, no one is safe.

That has become abundantly clear.

Greenwald and a handful of other old-school liberals understand that, but too many Trump-deranged Democrats and authoritarian leftists cannot see the forest from the trees.

Big Brother will eventually come for them, too.