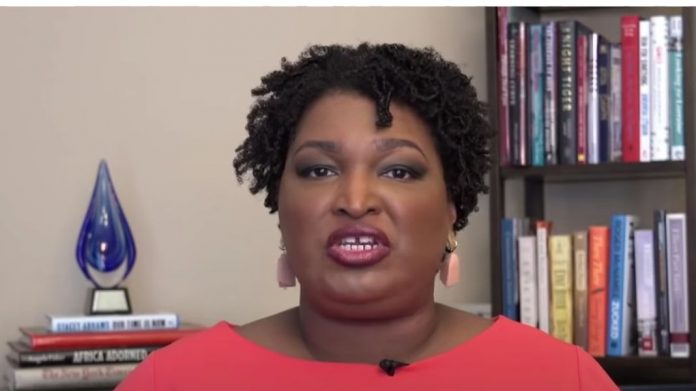 Stacey Abrams may forever be known as the thorn in Georgia’s side.

Abrams single-handedly destroyed thousands of jobs when she forced MLB to move the All-Star game out of Georgia.

And now this former college football coach is suing over being fired, and it all has to do with Stacey Abrams.

Chris Malone, a former college football offensive line coach for the Chattanooga Moc’s, has filed a lawsuit in hopes of getting his job back after he was let go for a derogatory tweet about failed politician Stacey Abrams.

In the lawsuit, Malone contends that his First Amendment rights were violated when he was fired on January 7 for the now-deleted tweet.

The tweet came amid the Georgia Senate runoff elections.

“Congratulations to the state GA and Fat Albert @staceyabrams because you have truly shown America the true works of cheating in an election, again!!! Enjoy the buffet Big Girl! You earned it!!! Hope the money was good, still not governor!”

Malone did state that he deleted the tweet after some former players responded negatively to it.

He also says that he heard nothing about the tweet until his firing on January 7.

Malone has gone on to say that he has been unfairly treated by the media.

“Calling politicians liars and cheaters is a proud American tradition. Nobody’s got a problem with it until [it’s] ‘their’ politician. And fat jokes might be unkind, but they aren’t uncommon. Just ask Chris Christie and Donald Trump,” Malone stated in his complaint.

“Our football program has a clear set of standards. Those standards include respecting others. It is a message our players hear daily. It is a standard I will not waiver on. What was posted on social media by a member of my staff is unacceptable and not any part of what I stand for or what Chattanooga Football stands for. Life is bigger than football, and as leaders of young men, we have to set that example, first and foremost. With that said, effectively immediately, that individual is no longer a part of my staff. The sentiments in that post do not represent the values of our football program, our athletics department or our university.”

The University of Tennessee at Chattanooga has not commented on the situation due to pending litigation.

While Malone’s tweet may not have been in the best of taste, there is no arguing he has the freedom to speak his mind.

But the Left doesn’t want anyone on their side being picked on, and they will ruin the lives of anyone who tries to stand up to them.