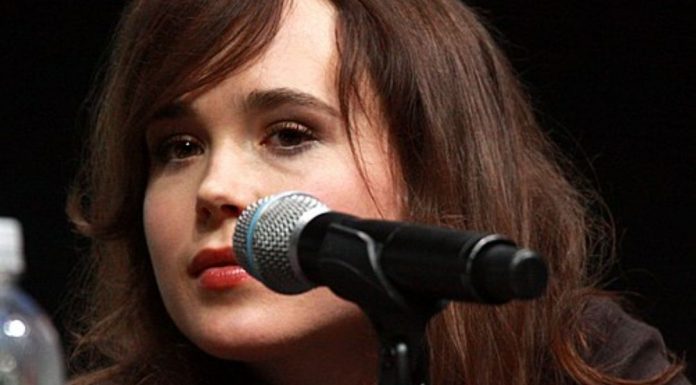 Hollywood is flooded with members of the gay community.

And you probably know most of them as many don’t hide their LGBT affiliation.

But this famous actress announced she is a transgender “male” and people are in shock.

The days of Hollywood being filled with macho men like John Wayne and Clint Eastwood are far gone.

Now the streets of Hollywood are filled with the likes of Ellen Degeneres.

It’s hard to deny that Hollywood has become one of, if not the biggest, hubs for members of the gay community.

And when a gay actor or actress gets to Hollywood they proudly proclaim their sexuality and then watch their Hollywood stock rise instantly.

So generally Hollywood elites don’t hide the fact that they are gay or transgender from the public.

That’s why it took many by surprise when famed actress Ellen Page announced this week that she now considers herself a “he” and “he” goes by Elliot.

Page wrote on social media, “Hi friends, I want to share with you that I am trans, my pronouns are he/they and my name is Elliot. I feel lucky to be writing this. To be here. To have arrived at this place in my life. I feel overwhelming gratitude for the incredible people who have supported me along this journey. I can’t begin to express how remarkable it feels to finally love who I am enough to pursue my authentic self.”

She continued, “I’ve been endlessly inspired by so many in the trans community. Thank you for your courage, your generosity, and ceaselessly working to make this world a more inclusive and compassionate place. I will offer whatever support I can and continue to strive for a more loving and equal society.”

This sort of thing used to be considered a mental illness.

Science, and common sense, says that women can’t become “men” simply because they proclaim it so and vice versa.

But in Hollywood, Page will be proclaimed as “brave” as studios rush to alter their credits for her past work from Ellen to “Elliot” Page.

It likely won’t be long before she lands a new role in a major film from some Hollywood studio and probably even win an Academy Award for her efforts after this.