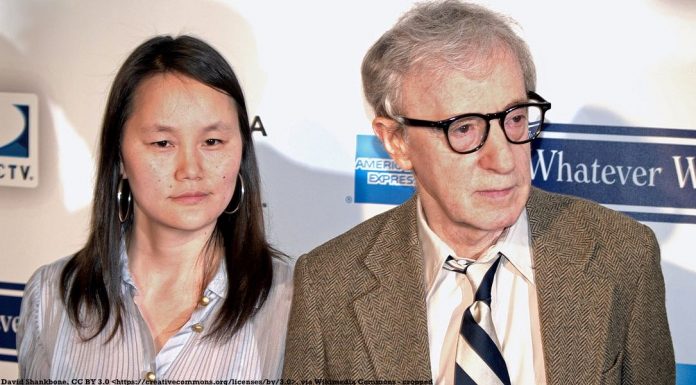 Cancel culture is rapidly on the rise.

Anyone who does not bend the knee to the mob runs the risk of being the next target.

Now one famed Hollywood Director is in big trouble because of one documentary.

Woody Allen has been one of the most prolific filmmakers for decades.

He also got swept up in the #MeToo movement when his adoptive daughter Dylan Farrow accused him of sexual assault.

Dylan’s claims were buttressed by her brother Ronan Farrow, who broke the story on Harvey Weinstein’s long history of rape and abuse.

Allen vehemently denied the allegations and said they were orchestrated by ex-girlfriend Mia Farrow as part of a custody dispute.

Allen has continued to make films independently, but the allegations against him are being renewed in the form of an upcoming HBO documentary called Allen vs. Farrow.

Despite Allen’s claims of innocence, many have remained skeptical due to his bizarre marriage to Soon-Yi Previn, the adoptive daughter of Mia Farrow and pianist André Previn.

The #MeToo movement lost a lot of steam after the Democrats ignored the allegations of Joe Biden accuser Tara Reade.

The Time’s Up organization refused to take on her case, and #MeToo mascot Alyssa Milano suddenly discovered due process when Biden was on the chopping block.

Other prominent liberals even said they believed Reade, but were supporting Biden anyway because defeating Donald Trump was so important.

Reade barely received any press attention, and her only primetime television interview was with 60 Minutes . . . in Australia.

The criminal investigation into allegations against Allen were dismissed decades ago, but he will never evade the crosshairs.

Allen’s guilt or innocence is immaterial to the mob.

The only thing that matters is power.

Once a target has been identified, the pressure campaign never ends.

People far less controversial than Allen have found themselves in a similar situation.

Author JK Rowling lives under constant threat of being canceled for holding traditional views about biological sex difference, a position that was nearly universal five minutes ago.

Rowling’s progressive politics have not and will not save her; she’s still too valuable.

Allen, on the other hand, has never been a big box office draw, and there are fewer reasons to give him any benefit of doubt.