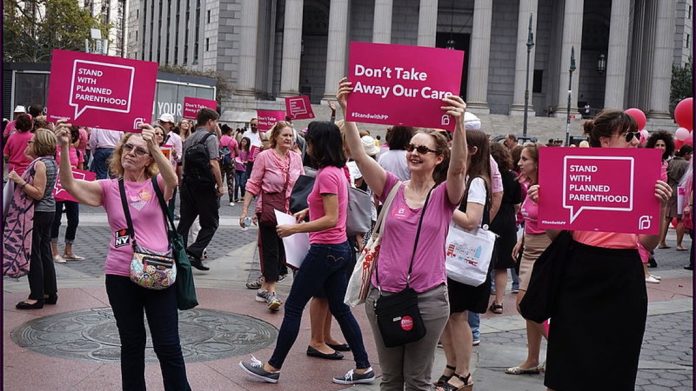 The Left still cannot get past Texas’ Heartbeat bill.

They continue to make wild accusations about it and implement new ways of “fighting back.”

Now this dating app is giving users pro-abortion badges and is donating $1 to Planned Parenthood for every user that adopts the badge.

OKCupid is a popular dating app used by people around the world hoping to find true love or maybe just a date or hookup for the weekend.

Well, now OKCupid has announced that users can add an “I’m Pro-Choice” badge to their profile.

And to make it even more enticing to the radical Left, the company will donate $1 to pro-abortion organization Planned Parenthood.

So just for putting a dumb badge on a dating profile, Planned Parenthood will raise more money so they can continue murdering innocent human life.

“Given the new, radical Texas law that essentially bans abortion access, it’s more important than ever to take a stand and we’ve found that our users want to be able to choose to filter for dates who are pro-choice more than they ever have before. This summer, there has been an 18% increase in ‘pro-choice’ on user profiles in the US compared to last,” the company stated.

The world is so upside down right now that people believe the Heartbeat bill is radical, not that killing a defenseless baby is radical.

It’s scary what the Left is trying to peddle as truth these days.

OKCupid’s parent company Match Group is headquartered in Dallas, Texas, which is why the company feels they need to be “invested” in this fight to kill babies.

The company said users of the app can also filter based on which “potential matches” are pro-abortion.

“Because if you only want to match with people who are pro-choice, well, that’s your choice!” the company said.

The radical Left truly believes it is okay to murder an innocent human life. They believe it so much they want to advertise it.

It’s not a pro-choice movement, it’s a pro-abortion movement.

These people do not believe in choice because, if they did, they wouldn’t get so upset over others not supporting the act of abortion.

It’s not about choice, it’s about their ability to kill an innocent life because it is inconveniencing them.