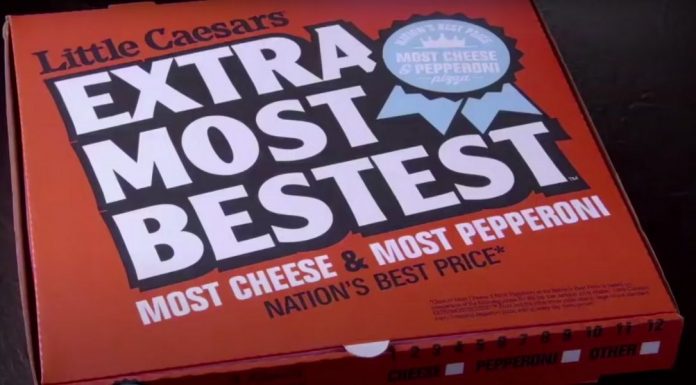 Washington, D.C. is getting deluged by rumors about Democrats replacing Joe Biden at the top of the 2024 ticket.

The Democrat Party may have just gotten their biggest reason yet to axe Joe.

Because this cultural icon just made the one announcement that finally does in Joe Biden’s White House tenure.

Inflation is getting so bad that even Little Caesars is raising their prices for the first time in its history.

If you listened to Leftist politicians and the Fake News Media, you would think that our economy is doing just fine.

But the truth is that we are seeing a rise in inflation that we haven’t seen in a generation and it should scare the hell out of everyone.

Inflation is getting so bad that even Little Caesars is raising their prices in the first time in its history.

You have to give credit where credit is due.

So let’s give credit to the Left and the Fake News Media for trying the biggest cover-up we have ever seen over the economy.

As nearly every American family feels the burden of a horrific economy, they claim that it is just a figment of your imagination.

And it’s to the point where even the White House is lying straight to your face.

When I came into office, our economy was in crisis.

But over the last 11 months, we’ve added nearly 6 million jobs.

But no matter how much they try to cover up just how bad our economy has become, they can’t hide the fact that inflation is hitting an all time high for a generation.

The price of everything has skyrocketed.

And to add insult to injury on inflation, even everyone’s favorite cheap pizza, Little Caesars, is raising their prices for the first time in history.

Since 1997, Little Caesar has had their famous Hot-N-Ready pizza at a price of just $5.

Well Little Caesars CEO Dave Scrivano announced that the price would be going up 11%, to $5.55, due to the steady rise in inflation.

Scrivano also stated, “Our franchisees were highly accepting of this proposition. They want to treat their customers like gold and make sure they get the best product possible and they love the idea of more pepperoni. We think we’ve got something good here with delivery and our Pizza Portal and our Hot-N-Ready pizza. We’ve got a good structure to really drive overall growth.”