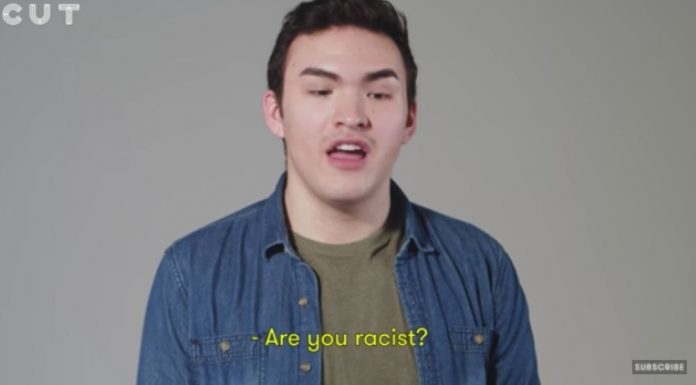 America is falling to cult-like behavior, where everyone has a place in the victim hierarchy.

Joining the clown show is easy.

And this creepy viral video will leave you breathless over what it depicts white people doing.

The Left insists on judging everyone based on skin color.

Now they want white people to perform woke penance for the supposedly inherently evil color of their skin and white privilege is what makes America a disgusting place to live.

Professing a belief in that lie will get you into the woke cult.

But to really climb the cult’s ladder, these deranged leftists think all white people should be forced to admit they are bad human beings.

And there’s now a video circulating the internet that shows just that – white people talking about how it’s unfair that they’re white as they denounce their white privilege one by one and proclaim their white guilt.

“We’re privileged. And that’s unfair,” one of them states.

The video is cult-like and that’s not exactly surprising given anyone buying into the denouncement of so-called “white privilege” likely wants to be a member of a cult.

This is a cult. This is Critical Race Theory. pic.twitter.com/WPDr3kBj1f

The scariest part is that the video is a clear representation of Critical Race Theory that is being taught in government schools around the country, despite the Left trying to tell you it’s not.

The people in the video are creepy and look like zombies being instructed on what to say and how to say it.

Proponents of Critical Race Theory desire to have a society that is totally obsessed with race.

This is the woke movement and sadly it is taking over parts of the United States.

The idea that the color of your skin makes you privileged is something that this country already fought back against and won, but the Left is now working overtime to segregate.

Critical Race Theorists believe that America’s legal system is white supremacist and that’s why they have so vehemently portrayed people like Kyle Rittenhouse as racist.

These same “theorists” are not out to end “privilege” they’re out to end everything America was founded on and do away with what our founding fathers fought so hard to implement.

Videos like this are circulating the internet because it’s the fastest way to guilt people into believing they’re inherently bad and part of a system of oppression that needs to be remade.

Of course, what the leftist cult wants is exactly the opposite of a color-blind and less oppressive society.

Sadly, many in modern America have bought into the lie and will hand over more power to the Left and in the end that’s what these radicals really want – ultimate power.